U. of London Bans Hamburgers 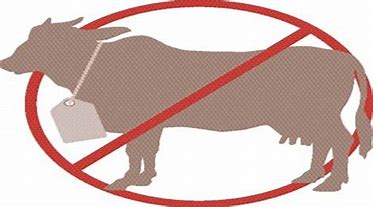 To help control the natural processes of the earth and make Climate Change stop, the Looniversity of London has banned hamburgers–and all other beef products, too (https://www.campusreform.org/?ID=13568). Because cow farts, dontcha know, make methane gas. We’re doomed.

Yes, the looniversity authorities have declared a “climate emergency,” and, like “pro-choice” big shots everywhere, they have erased another choice–the choice to eat a hamburger.

They’ll have to pry my White Castles from my cold, dead fingers.

Unbelief in God always seems to lead to out-of-control statism, as fallible human tyrants try to do God’s job–which they have to, of course, because He doesn’t exist. So now they’ve got to control the climate. Which they do by taking away your hamburgers. And anything else they think you shouldn’t have.

A prediction: Coming soon, to a campus near you–a ban on hamburgers.

All for your own good, as determined by The Smartest People In The World.

I have lived in Metuchen, NJ, all my life. I have been married to my wife Patricia since 1977. I am a former newspaper editor and reporter. I was also the owner-operator of my own small business for several years. I wrote various novels and short stories published during 1980s and 1990s. I am a long-time student of judo and Japanese swordsmanship (kenjutsu). I also play chess, basketball, and military and sports simulations. END_OF_DOCUMENT_TOKEN_TO_BE_REPLACED
This entry was posted on Friday, August 16th, 2019 at 2:04 pm and tagged with climate change scam, college as a waste of time and money, education follies, global warming hoax, insane public policy, liberal tyranny, libs play God, University of London, University of London bans hamburgers and posted in Public Education. You can follow any responses to this entry through the RSS 2.0 feed.
« By Request, ‘Whate’er My God Ordains Is Right’
By Request: ‘Lord, Take All That I Have’ »

6 responses to “U. of London Bans Hamburgers”