As if by magic, more of our freedom vanishes by the day. Check out the latest from Britain.

There, the Deputy Chief Medical Officer sez King Virus “will never be eradicated” and people may have to wear face masks and observe “social distancing” (oh, please) “for many years” (https://www.thesun.co.uk/news/13367632/brits-masks-covid-years/). See how they keep moving the goalposts? Now it’s “years.”

When Prime Minister Boris Johnson asked him, the Expert clarified that “for many years” might possibly not really mean “forever.” Not actually forever. Forever comes later.

Meanwhile they’re re-opening the schools but segregating the pupils into “bubbles”–can we give out a prize for that euphemism?–so they can all wear masks and yatta-yatta, but the whole “bubble” gets sent home if two or more kids in it show signs of catching COVID.

Oh! And get this. If your child is absent from the almighty School and you didn’t first say “May I?”, they’re going to fine you. Ah, well–at least they don’t toss you into a pool full of starving crocodiles. Yet. The crocs come later. You just about have to ask Bob Dylan, “How does it feel?” And he probably wouldn’t answer, “Like a rolling stone.”

One-world idiocy goes back a long way. Here’s Dylan in 2013 getting sued by Croations under a French law over comments made in an American magazine.

How about that? This particular bit of nonsense has given me an idea for this week’s Newswithviews column. 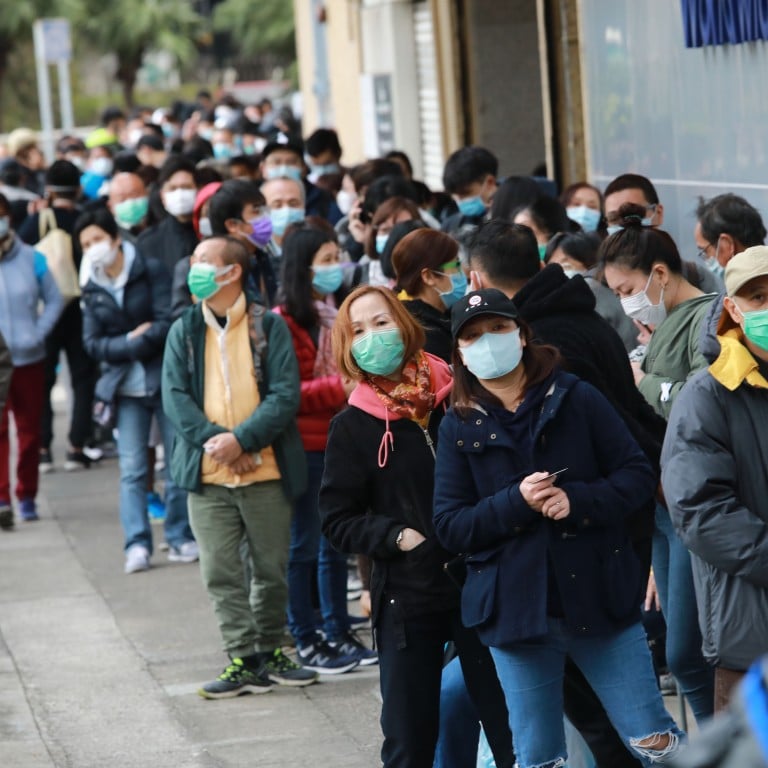 “Unknowable” observes, “It’s as if liberals can’t get enough of authority.”

That’s for sure. I can’t understand that mind-set. It’s like they want to be told what to do. Show me a liberal who isn’t wearing a face mask outdoors, and I’ll show you a cryptozoology specimen. No matter how arbitrary or inane the restriction, the libs lap it up–and stare daggers at you if you don’t.

What? Do they like doing homework? Standing in line? Being sent up to bed when someone else decides it’s time?

The Far Left and authoritarianism go together like H2 and O. You don’t find one without the other.

And here’s something my wife first noticed in the 1960s:

The same teenage rebel who won’t clean her room, and gets into daily screaming fights with her mother… joins a freakin’ commune and tamely does everything the commune big shot tells her to, no matter how unreasonable or degrading. And you wind up with something like the Manson family.

Some pipsqueak like Obama tells ’em, “You’ve got to support gay marriage,” and they fall into line at once, even if it requires a sudden 180-degree turn in their thinking. (I’ve seen it done. It’s rather horrifying, that anyone should be able to jettison his core beliefs so easily.) But let a law come down from God Almighty, and they make a show of breaking it. They rebel against God and kow-tow to the most contemptible and asinine “leaders” that a fallen human race can produce.

Pray for President Trump, standing in the breech against a tide of globalist tyranny. May the God who put him there sustain him. COVID-19 is very far from being the deadliest disease the world has ever known, but that hasn’t stopped our exalted leaders from behaving like it’s the Black Death and the Spanish Flu rolled into one. And so we have these bizarre, draconian restrictions wrapped around people’s necks, world-wide; and every time we get close to what we’ve been told will be the end of it, they move the goalposts farther away.

Need we mention that nobody tells us anymore what the end will be?

And what happens from now on whenever a nasty disease comes along? Are we gonna play shutdown/lockdown every time?

Why do our exalted leaders do this to us?

Because it’s their weird substitute religion. And what religion is that? The Humanist Manifesto 2 will sum it up neatly for you (https://americanhumanist.org/what-is-humanism/manifesto2/): There is no God, but no problem, using our infallible Science wisely, we, the world’s smartest people, can and will do everything God shoulda done!

So they want God’s job, they want to sit on His throne: and then they realize, “Schiff, now we gotta do all those things we disbelieved in God for not doing!” You will find those things listed in the Humanist Manifesto. Question: Why does every moth-eaten bunch of commie wackos have a “manifesto”?

Now that government is God, and they’re the government, they have to do a better job than God ever did and prevent all Bad Things from happening! And if any of them do happen anyway, it’s Donald Trump’s fault. In the case under discussion here, the self-anointed gods now have to demonstrate that they can wipe out diseases. Once they’ve got it all under control, no one will ever get sick anymore! (Unless White Supremacists find some way to make them sick.)

Whatever the problem, it can always be traced to a core or cadre of Christian conservative spoil-sports who refuse to get behind the program. They’re the ones holding back the Government from creating Utopia! Off to the gulag with ’em! You’ve gotta break eggs to make an omelet.

It’s not just disease. The new gods, self-anointed, also propose to eliminate war, poverty, inequality, and unhappiness. “That’s a better deal than God ever gave you!” And who needs forgiveness of sins, when there must be some Scientific method to make it impossible for you to sin in word, act, or thought? Some little chip implanted in your brain: it’ll fry you if you think a Bad Thought.

Because the humanists aspire to be gods–just as the Serpent promised, back in the Garden of Eden–they must aim for and exercise total control over every aspect of human life. Wow! Good thing they’ll only do that for our own good!

The fool says in his heart that there is no god; and then he goes out and makes one out of cardboard. 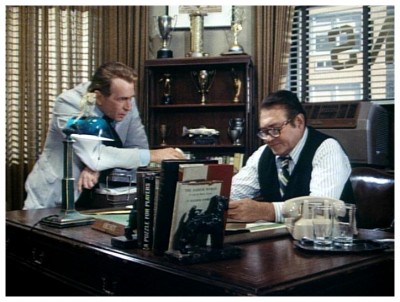 Thare “are” ownly abuot 7 thowsind “of” themb but evin “that” it Is a lott!!!!! Thay has got “to be” rownded Up and put “In” spacial Reeeddication Camps and mayby Shot,, too!! becose thay “are” all Biggits and Haters “and” Racists!!!

Heer “at” Collidge we Are seting “Up” a Camp,, thay whil has to spleep in Cardbored Bockxes and ownly ware Undees untill thare Minds are rihght and ownly Then wil thay Urn The rihght to ware shurts “and” shoos!!!!

Haow do yiu Re-Pogrom alll themb Biggits?? Rembemember it is foar thare “own” Goood!!! And aslo “the” ownle reel Freeedum is wen yiu Do “waht” The Govvermint thay “tell” yiu to do!! (Evin Doktor Fochee he says so tooo!!!) This hear It Is a vary impotant Lessen we has lurnt “fromb The” Peeples Repulbick of Chyner!!!!

Are you ready to be ruled by fear? Have you got a gag handy, in case you might say something that’ll bring Antifa to your doorstep?

Welcome to the Age of Biden!

Last night the Wayne County, Michigan, board of canvassers refused to certify the 2020 election. Why? Because it was full of funny numbers that just didn’t add up.

It didn’t take long for the Loving Left to flood the social media with threats against the two Republican board members. They put the fear in them. And then, behold, the live-stream video conked out! And when it got working again–why, look! The vote got turned around! They changed their minds! (https://www.breitbart.com/politics/2020/11/17/wayne-county-reverses-decision-certifies-disputed-election-results-as-video-goes-dark/)

Yep–all the trolls on the social media had to do was drop the R-word, “Millions of people will know you’re racists!” ’cause any opposition to them at all is Racism–that’s all it took. Black Lives Matter thugs busting down your door. Welcome to the Age of Biden.

Are we ready for America to become a Third World basket case? Are we really to be fundamentally transformed into what we call a shit-hole country?

Pray the Lord will cut them down.

Coming soon to a city near you!

Now that they’ve learned they can actually steal a presidential election, Democrats see vast totalitarian vistas opening for them–the sky’s the limit! Now they can do things to us that they could only dream of doing, just a few years ago. Now they can abuse us with impunity.

Here’s one of their little projects that was on the back burner.

“Smart” devices that spy on you night and day so Party apparatchiks can order your every move–won’t that be fun? Even what you eat, or don’t eat. They’ll count the steps your feet take. You’ll never be free of them. And they can prey on us to their hearts’ content, because now we’ll never be able to vote them out of office.

Was this what you wanted?

Holy smoke! The new lockdown in Wales is like Gov. Whitmer on steroids: or, in the words of an Australian TV news host, “psychotic and absolutely deranged.”

Welsh supermarkets suddenly have shelves taped off to prevent you from trying to buy items the government deems “non-essential.” Like books. Kitchen utensils. Need a new cooking pot? Yer outta luck! Various household supplies. And “no unnecessary journeys.” Government will decide what’s necessary or not.

It’s supposed to last only 17 days. Where have we heard that before?

It’s supposed to wipe out the COVID virus. You know–like the first lockdown did. What’s that? We’ve still got the virus even though we had a four-month lockdown? Obviously the solution is another lockdown! It’s just bound to work this time!

We hear warnings of “a new normal… a dystopian nightmare of constant control and constant fear,” with government claiming more and more “extraordinary powers over our lives.”

Do we Americans give government this kind of power over us? God forbid we just did.