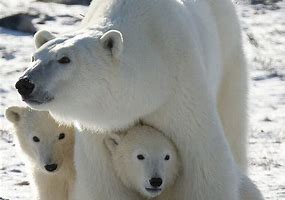 How is it decided whose “science” is the true science?

One of Canada’s leading polar bear experts has lost her job because she reported that the polar bear population, far from being endangered, is thriving (https://www.cfact.org/2019/10/18/polar-bear-expert-purged/). For that she was fired.

See, Climbit Change big shots insist the polar bears are going extinct because the polar ice is melting and we’re all doomed unless we set up a global government and give it undreamed-of powers over everybody’s lives and property and also pay special high taxes and give up cars and air conditioning and… [pause to hyperventilate].

Having a lot of wild polar bears frolicking around the Arctic kind of crumples their sales pitch. Since the 1960s, Dr. Susan Crockford (the victim) reports, Canada’s polar bear population has increased from about 5,000 to at least 22,000 and maybe as many as 30,000–thanks to a ban on hunting them.

Obviously what the Settled Science crowd has to do, in addition to punishing and silencing their critics, is to go on up north and shoot a bunch of polar bears. Gotta get those numbers down! “See? See? Toldja! They’re goin’ extinct! And so are you, unless you let us be your masters!”

It wouldn’t be honest; but tell me when Settled Science ever is, these days.

4 comments on “Too Many Polar Bears”