You Can’t Satirize the U.N. 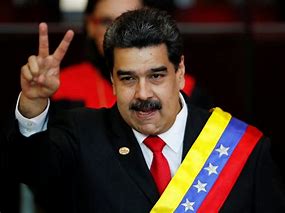 I give up: you can’t satirize the United Nations.

Why not? Because the UN satirizes itself.

A few days ago they appointed Venezuela, dictator and all, to what they laughingly call their UN Human Rights Council (https://www.breitbart.com/national-security/2019/10/18/venezuela-returns-to-human-rights-council-month-after-u-n-condemned-maduro/). Venezuela will be replacing dear old Castro Cuba as the UN’s favorite dictatorship. Other titans of liberty and human dignity sitting on the (ahem!) Human Rights Council include Indonesia, Mauretania, Libya, and Sudan.

Not only did the UN opt for Nick Maduro’s zoo animal-eating, toilet paper-short, throw-em-all-in-jail-if-they-don’t-like-it, scads-of-people-fleeing-the-country miserable imitation of a country: they rejected Costa Rica. You know–that Central American country with durable, well-established democratic institutions, a rule of law, and other amenities. A country in which “human rights” actually exist.

Figure that one out and win a Nobel prize!

I have lived in Metuchen, NJ, all my life. I have been married to my wife Patricia since 1977. I am a former newspaper editor and reporter. I was also the owner-operator of my own small business for several years. I wrote various novels and short stories published during 1980s and 1990s. I am a long-time student of judo and Japanese swordsmanship (kenjutsu). I also play chess, basketball, and military and sports simulations. END_OF_DOCUMENT_TOKEN_TO_BE_REPLACED
This entry was posted on Monday, October 21st, 2019 at 3:50 pm and tagged with current events, Maduro dictatorship, the wreck of Venezuela, UN human rights council, UN hypocrisy, UN rejects Costa Rica for "human rights" seat, Venezuela appointed to UN Human Rights Council and posted in news. You can follow any responses to this entry through the RSS 2.0 feed.
« Finished! (I Think)
Bedtime for Bowser »