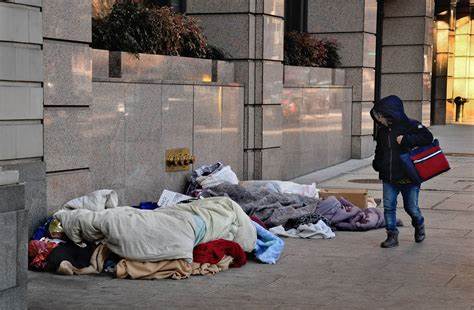 It’s urban! It’s energy efficient! Wretchedness is good for you!

(I didn’t want to cover any nooze today, I just want to trim my tree and listen to some Christmas music, and have my cigar–but wherever you turn, these days, there’s a Democrat trying to crawl up your pants and bite you.)

Well, Virginia, pat yourself on the back! You asked for a Democrat government, and now you’ve got one–complete with “live birth abortion” (once known as premeditated murder), confiscation of law-abiding persons’ means of self-defense–and now they’re coming for your zoning.

Yep! According to some guy from the Muslim Brotherhood who’s now a big cheese in the Virginia legislature, single-family homes are out–the state will override municipal zoning laws to create a big fat urban mess (https://dailycaller.com/2019/12/23/virginia-house-zoning-environment/).

The big story in New Jersey in the 1970s, the story that I cut my teeth on as a reporter, was the state’s desire to impose multi-family housing on suburban townships. Ironically, most of those were Democrat towns, whose local officials fought tooth and nail to preserve their communities. The only thing that’s changed is, now it’s Democrats trying to wipe out the suburbs.

But Delegate Ibrahim Whatsit says, “The more dense a neighborhood is, the more energy efficient it is.” And also “suburbs are bastions of racial segregation.” And Israel is worse than the KKK–yeah, he’s said that, too.

They’ve even got a nice dishonest euphemism for their little scheme: “upzoning.” Now doesn’t that sound pleasant?

Hey, everybody! If you want to live in the kind of hell-hole featured in The Hunger Games, just keep on electing Democrats.

Wait’ll they start ordering the National Guard to grab people’s guns. That’s going to be lively!

2 comments on “They Just Won’t Leave Us Alone”