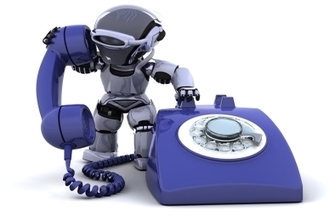 You’ve gotta be scared when you hear “the federal government is going to sue you”!

You wonder how anybody could fall for such an obvious scam. Really! The whole federal government? Gunnin’ for l’il ol’ me?

But there must be an awful lot of dangerously credulous people out there, or we wouldn’t get phone calls like this. And there wouldn’t be so many of them if we didn’t have such an immoral culture.

I have lived in Metuchen, NJ, all my life. I have been married to my wife Patricia since 1977. I am a former newspaper editor and reporter. I was also the owner-operator of my own small business for several years. I wrote various novels and short stories published during 1980s and 1990s. I am a long-time student of judo and Japanese swordsmanship (kenjutsu). I also play chess, basketball, and military and sports simulations. END_OF_DOCUMENT_TOKEN_TO_BE_REPLACED
This entry was posted on Thursday, April 9th, 2020 at 8:25 am and tagged with culture rot, phone scams, rampant immorality, robo-calls, scam artists, scams that scare and posted in Pop Culture. You can follow any responses to this entry through the RSS 2.0 feed.
« ‘When This Passing World Is Done’
My Newswithviews Column, April 9 (‘Three Lessons that Must Be Learned’) »