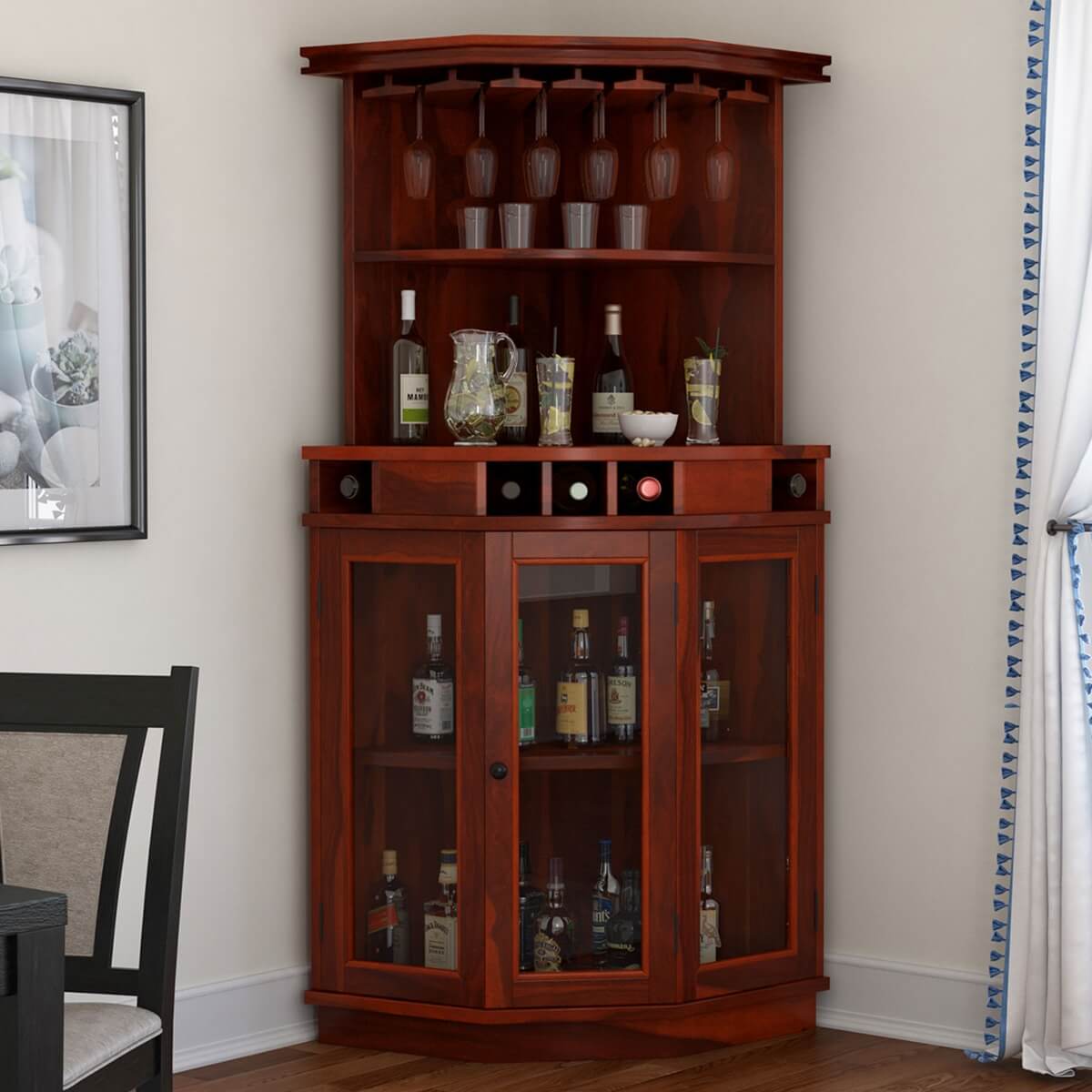 How many of you have a liquor cabinet in your home–or was that a 1950s thing?

We had one. It fit into a corner of the dining room, like the one in the picture above. The top half was for displaying my mother’s best glassware. I was fascinated by one extra-big glass that I now know was used for mixing drinks. It had all the ingredients for the various mixed drinks printed on it.

The bottom half was where they stored the booze. When they were young, my folks did a lot of entertaining–especially after my father became a foreman at the Ford plant. They’d have these people over–the kind of people, I guess, that you were supposed to entertain once you were on your way up the corporate ladder. The kind of people you had to dress up for. I’d lie awake in my bed and listen to them gabbing away downstairs. The next day Dad would have to buy more liquor.

They eventually outgrew these parties and had no further use for the liquor cabinet. But when I was a little boy I used to sit at the foot of the cabinet and pry open the door when my mother wasn’t in the room. I was intrigued by the assorted bottles. Why weren’t they in the refrigerator with the other bottles? But I was never intrigued enough to steal a sip.

I wonder if our old house, late on weekend nights, has ghosts of those entertainments. All those loud people–what’s become of them? And who now has my parents’ liquor cabinet?