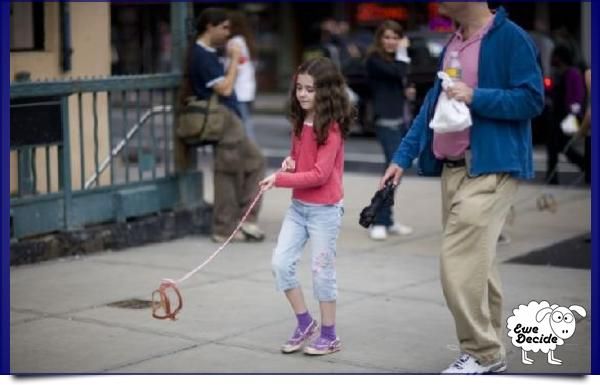 Here I am preserving minor aspects of our popular culture which might be easily lost forever, if we weren’t careful. Not that anyone would miss them.

Remember the invisible dog leash? Once upon a time in the last century, Patty and I went to the Seaside boardwalk for the day and saw a lot of these. You could win them at various booths, or just buy them: leash and harness for a non-existent dog. Or, as they liked to say, an invisible dog.

I wonder if the ancient Egyptians or the Romans ever had fads like this–suddenly everybody’s parading around Memphis with a cardboard pyramid for a hat, or doing a Wave in the Coliseum when a gladiator gets the drop on his opponent. Have there always been silly fads, or had it remained for modern Western culture to invent them?

Somebody out there must know! We’re waiting to hear from you, whoever you are.

Ugh, the nooze! Pandemic. Politics. Riots. I’m supposed to be covering it, but feh. And double-fesh.

Here, instead, is some of God’s stuff: assorted butterflies filmed in slow motion, courtesy of the Houston Butterfly Museum. It reminds me of my grandpa’s butterfly bush, which attracted colorful customers from all around. I used to watch it by the hour.

The works of God’s hands are everywhere for us to see: a sure sign that God is nigh.

The Lord is with us. Every day.

I was surprised yesterday when one of my friends said she’d never heard this song, nor heard of it. Written back in 1928, Big Rock Candy Mountain was a hit song when I was a little boy. The great Burl Ives made it a hit. It was on one of those childrens’ record albums that my mother had for us, and I’ve seen it published in any number of folk songbooks.

True, some of it sounds a lot like Democrat campaign promises. Try to ignore that. And enjoy how beautifully Burl Ives hits the high note.

How about a little normalcy break?

This is one of those 1960s toys that made liberals and sissies clutch their pearls and gasp their disapproval. Boxing robots. Ugh! Hey, they’re tryin’ to knock each other’s heads off! How aggressive! No wonder we’ve got a war in Viet Nam! Never mind two Democrat presidents, Kennedy and Johnson, thinking it was a good idea at the time.

What harm could be done by a couple of primitive plastic robots flailing away at each other with their plastic fists? It’s not exactly the gladiatorial games, is it? No blood, no pain. Just a bit of goofy fun. Much better, really, than kids actually fighting. Less damaging than playing football. Is it really worse than Zombie Apocalypse video games, like we have today? Mixed Martial Arts, anyone?

But this–it was harmless, it was silly, and fun.

Music Box Dancer, by Canadian composer Frank Mills, came out in 1974, worked its way around the world, and was a major U.S. hit single in 1979.

What could be more harmless, more benign, than this simple piece of music?

To me it brings back a time when everybody in my family was still here, still healthy. Around 50 you start to lose ’em, so a word to the wise: love ’em while you’ve got ’em.

It also brings back a vignette from the warehouse where my wife worked at the time: this was the tune that was playing loudly on the intercom while a couple of the lads fought each other, rolling around on the floor–with the British foreman dancing around ineffectually, pleading with them, “Steady on, lads! Steady on!” 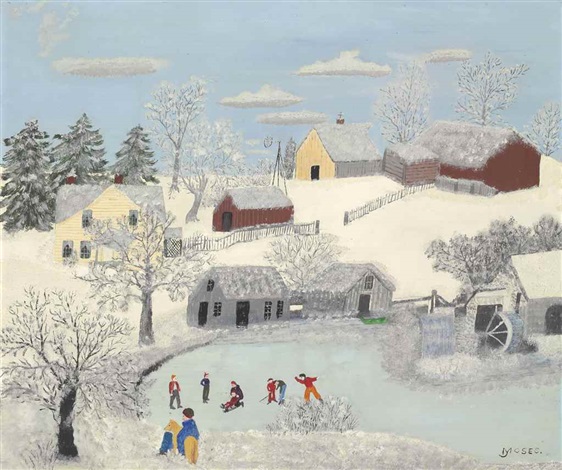 “Skating on the Mill Pond” by Grandma Moses (She knew!)

Memory Lane: Skating in the Woods

But the woods have been hewn down and paved over, the swamp and stream filled in so they could build more condos, the palatial estate so thoroughly erased that only a very few of us remember it ever existed–oh, fap! to all that. We do remember!

Can you imagine this song being a hit today? The Bible Tells Me So–written by Dale Evans, sung with her husband, Roy Rogers (“King of the Cowboys!”)–was released in 1962. I remember hearing it on the radio. “Faith, hope, and charity, that’s the way to live successfully. How do I know? The Bible tells me so!”

Meanwhile, I’m vegetating in the doctor’s waiting room… and hoping a lot of you will browse the blog archives while you’re here and I’m there.

Patty and I used to do a lot of fishing in Barnegat Bay on our vacation. You get pretty good at it after a while. But one thing we never did get good at was using fiddler crabs or green crabs as bait.

See, you go to the lighthouse to stand on the jetty and fish for blackfish. But first you visit the bait shop and buy a little paper bag full of live crabs, the recommended bait. At this point your life begins to make less and less sense.

Each of the dozens of crabs in the bag is a living perpetual motion machine. They all want out of the bag and they’re not about to take “no” for an answer. So if you open the bag to reach in and get a crab, what you’ve got is 50 or 60 little crabs all trying to escape at once.

It wouldn’t be so hard if you had four or five more hands. Meanwhile, the Portuguese guys standing just a few yards away are pulling in one blackfish after another, all caught with crabs. They’re right there in front of us, but no matter how hard we stared at them, we couldn’t begin to figure out how they were doing it. We couldn’t understand how they managed to put one crab on the hook without all the others getting away.

Aaagh! They just won’t stop! The crabs are like an invading army on the move. Eventually there is nothing to do but let them have their way. No holding them back. If you’re old enough to remember that old video game, “Space Invaders,” and that point in the game where there are just so many monsters all advancing at once on your defenses, you’ll have a fair idea of what we went through with those crabs. I am also reminded of Mickey Mouse in “The Sorcerer’s Apprentice,” with all those animated brooms sloshing buckets of water all over the place, completely beyond his control.

This is how you wind up using squid strips. You won’t catch any blackfish, but at least you won’t go mad.

How many of you used to sing that? How many of you are old enough to remember The Adventures of Robin Hood on TV? I’m here to tell you it was very big in the Bronze Age.

I don’t watch TV anymore, I don’t know if there are any shows like this. It’s mostly superheroes and animation, right? Have kids today even heard of Robin Hood?

In case you’ve never heard anyone “play the spoons,” and wondered what it was, here’s a virtuoso street performer in Ireland.

My father played the spoons. We never knew how he’d learned to do that, nor did he teach us how to do it. I wish I’d asked. All we did was sit and marvel at him as he did it. He could also blind taste-test any pretzel and correctly identify what brand of pretzel it was. He was a connoisseur.