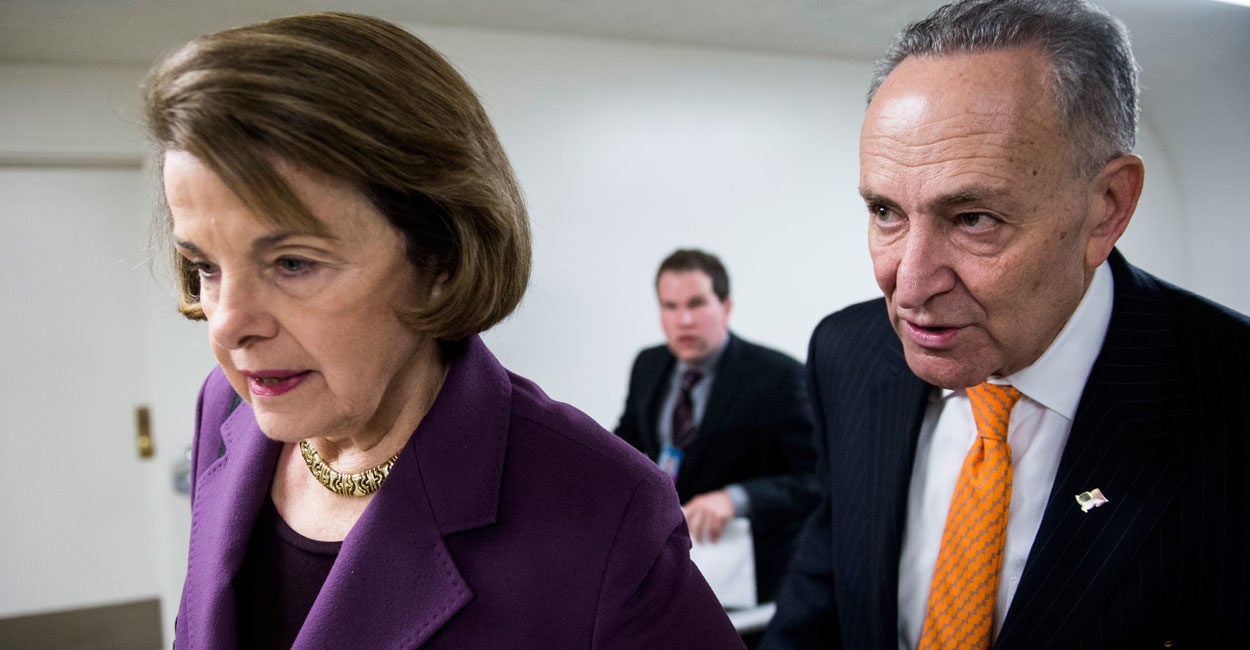 One of those painful conversations

“Anyone who has tried to take the car keys away from an elderly relation knows how hard it can be.” Schumer himself is a pink-cheeked youth of 70. He doesn’t even shave yet.

Reportedly Schumer has had “painful conversations” with Feinstein over her role in the Senate; but she “seemed to forget about the conversations soon after they talked.”

Okay, cool–Feinstein has to be put on the shelf because she’s getting ga-ga. But meanwhile, back in the House of Representatives, Speaker Nancy Pelosi, 80, is still as sharp as a tack–right? She’s part of the Democrats’ Kiddie Corps. Or “Kiddie Corpse,” as the forever-young and sprightly Barack “Fountain of Youth” Obama would say.

And alleged President Joe Biden, who actually died in 2017, he’s just about the youngest, perkiest 78 you ever saw! Nothing wrong with his … you know… the thing.

By the way, the Far, Far Left faction among the Dems was “enraged” at Feinstein for not being hard enough on Amy Barret in her Supreme Court confirmation hearings. Well, they’re not going to kick her off the judiciary committee for that–it wouldn’t look right. Heh-heh.

But Biden’s all right, hell, yeah. And if you don’t think so, as he advised voters in the primaries, “You can always go for the other Biden.”

We are told 80 million people, who are now nowhere to be found, voted for this.