The game was simplicity itself. No equipment needed. No supervision. No freakin’ sponsor! Somebody’s back yard would do for a field. And you needed was five or six kids.

One would be the Russian bulldog. I have no idea how it got that name. He’d stand in the middle of the field and the others would try to run to the opposite end of the field. He would try to tackle somebody; and whoever he succeeded in bringing down would remain on the field with him as Bulldog No. 2. The rest of the kids would then run down the field again, this time trying to avoid two tacklers. The game would go on until there was just one kid left untackled, and he’d be the Russian bulldog in the next game.

We were really into this game, in my neighborhood, at around the ages of 12-13. We played it a lot. And although it consisted of tackling, and running into each other at top speed, nobody ever got hurt. Maybe because we didn’t wear any equipment.

Did you play Russian bulldog with your friends? And if you did, what did you call it?

P.S.–Patty found this antique photo of English schoolboys playing a game called British Bulldog–very similar to Russian bulldog, only the kids get tagged instead of tackled. Here’s the picture. 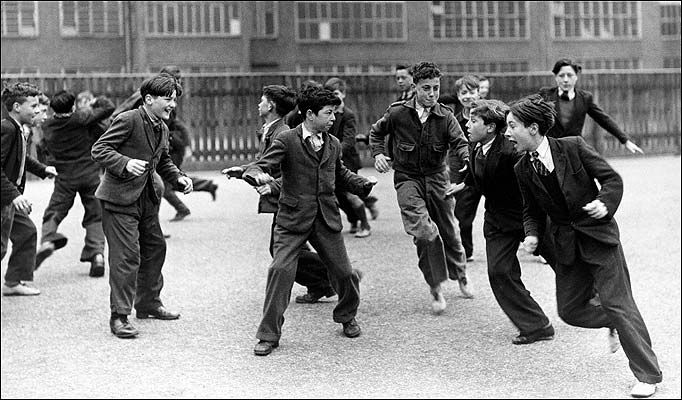