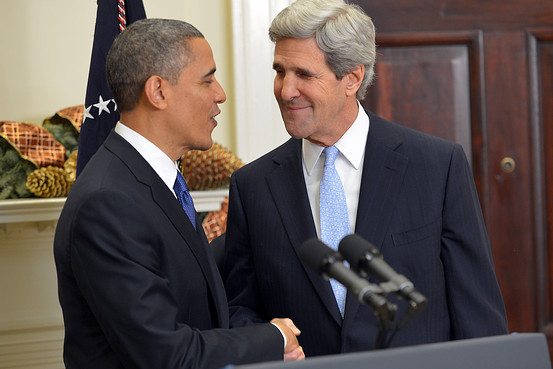 “So how are we goin’ to hurt America today, John? You’re the expert! I’m still learning.”

“Well, Barack, how about we arm Iran with nuclear weapons…?”

There are three things that make liberals tick. One, the lust for power over other people’s lives. Two, the passionate desire to be convinced that they are the wisest and best people on the planet.

And three, they hate their own countries.

Libs Hate Their Own Countries

This is why they sponsor and pursue nation-killing policies–like building up Red China at the expense of the American people. Because American liberals hate America; and in their minds, it’s highly virtuous to work to bring America down. Gee, that would apply to the Democrats’ beloved Iran arms deal, too–wouldn’t it? Arm your enemies! John Kerry loves it.