Now you can win a genuine Soviet tank from World War II, the famous T-35/85. Well-armored, fast, durable, its 85-mm gun packs a real wallop! The turret swings a full 360 degrees–so the next joker who tailgates you and honks his horn is gonna get a real big surprise.

Shhh! Actually, we’re not supposed to have this tank. There’s a quokka named Fooch who collects classic tanks and hides ’em in the bushes. And he’s got a T-34 to spare–perfect for attracting more contestants.

Right–well, I admit we still need to come up with a new contest in the first place. If somebody’s gonna wind up proudly driving his T-34 around the block, he’ll have to win a contest first.

Let me take some time to think! 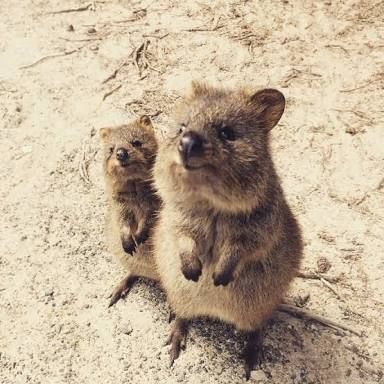 If this picture was a little bigger, you could just make out one of Fooch’s tanks parked amid the bushes.

8 comments on “Win a Classic Tank!”