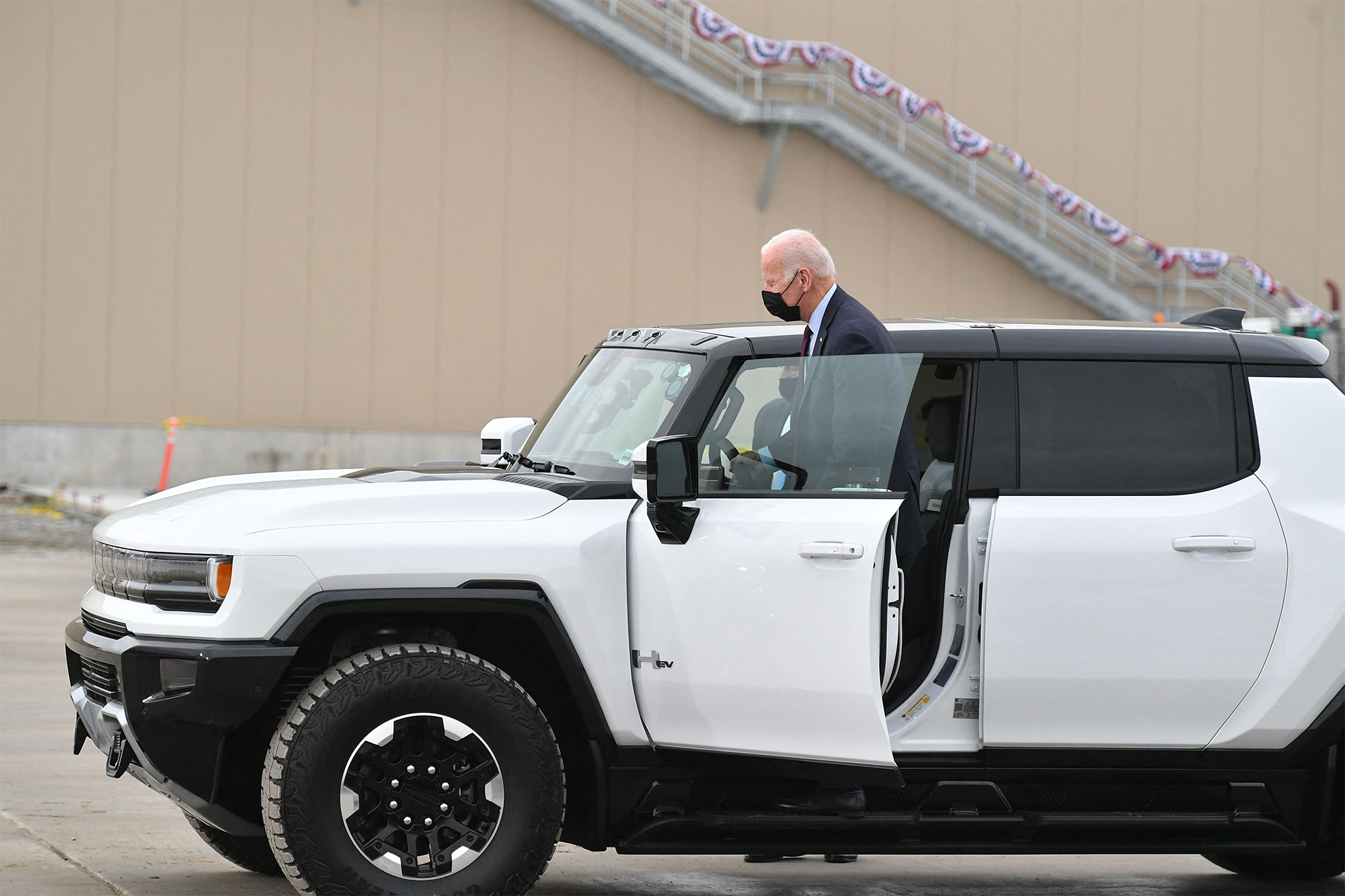 Is it really all that safe to let this man drive?

It’s a great trial for a nation to be governed by idiots, we’re finding out… the hard way.

So we’ve got inflation out the wazoo, gas prices soaring higher by the day–but never fear, SloJo is here! And he’s got the answer.

Ready? Are you sitting down? Drum roll, please. According to our fake president, you can beat those high gas prices by….. [trumpet fanare]

Yowsah, yowsah! I knew it had to be something that simple. Earlier this month, SloJo visited a General Motors plant and test-drove one of their new electric cars. It’s a steal at $112,595! We will not say who’s stealing from whom.

Did we mention that actions taken purposefully by this government of idiots–notably shutting down the Keystone pipeline–have caused high gas prices?

How does he suppose the electricity for electric cars is generated? By magic? Oh, wait, I know–by windmills, of course. (Don Quixote knew that, too!) It’s a fact that fossil fuels are used to generate the electricity that will be stored in the cars’ batteries–but since when has any Democrat cared for facts? (That’s another thing about Don Quixote: his delusions messed up the lives of people all around him.)

So, if you’ve got $112 Gs lying around, collecting dust, why not rush out and buy one of these electric cars?

What do you want to bet Communist China is splitting the profits with the Biden crime family?

8 comments on “Biden: ‘Here’s How You Beat High Gas Prices!’”