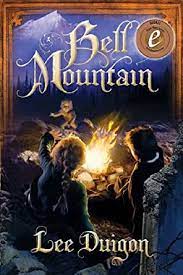 A man who has been several times to Mars and back told me yesterday, “Lay off the novel-writin’ and write somethin’ that everybody wants. Write the Bell Mountain Cookbook!”

Well, fan my brow, I never thought of that. Probably because I can’t cook. There’s only so much you can say about heating up a pot of soup. But this guy from Mars has all the answers. People turn into such know-it-alls…

“Look, it’s simple,” he said. “Each recipe goes with a favorite character from the book. So you’ve got, like, Jack and Ellayne’s Rabbit Stew, Obst the Hermit’s Berry Cake, Lord Reesh’s Oysters, Roast Duck a la Baroness Vannett–you get the idea. You can probably leave out the whole Abnak cuisine. And that fermented mare’s milk that the Ghols drink. It makes me depressed just to think of it.”

It’s hard to get fictional characters to write things for you, although on Mars they do it all the time. My wife would love to sip the famous golden wine of Durmurot. But where would she get it?

I wonder, though… If I knew what I was talking about, would a Bell Mountain Cookbook attract readers? What do you think?

2 comments on “‘The Bell Mountain Cookbook’”