A Little Time Off?

Uintatherium makes a cameo appearance in The Last Banquet, and it’s one of my top favorite prehistoric animals. But the only video I can find of it is this Nissin Cup O’ Noodles commercial. This may be the best commercial ever made. It’s certainly the best one with a Uintatherium in it.

All of which is to say, it’s a beautiful day, I want to go for a walk, then come home for a cigar and a crossword puzzle, followed by a movie and supper. I have left you this video for your edification and enjoyment.

I shall return for Cat Video Theater. 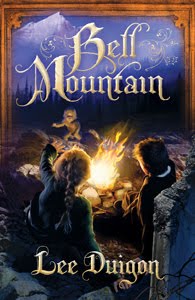 Our friend Joshua and his mother have finished their work of translating my book, Bell Mountain, into Japanese.

It’s also been translated into Portuguese.

This was a lot of work and it took quite a while. Now the trick is to get it published. Joshua has some ideas about that.

I guess because I’ve watched too many Toshiro Mifune movies I expected the Japanese title of my book to sound like something in a movie–Suzo-no-Yama (“Yama” means mountain, one of the few Japanese words I know). But it only turned out to be Belu Maontehn (and I think the U is silent). Oh, well. We can’t all be in a Zatoichi (“The Blind Swordsman”) story.

I’m humbled that Joshua thought so highly of my book that he wished to do all that work on it, all of which he volunteered. But that also tells me I’ve created something worthwhile, by the grace of God.

Mifune would’ve made a great Helki the Rod.

Some Progress on My New Book

In spite of multitudinous distractions, I’ve finished writing the first three chapters of my new book, Behold! I don’t know where I’m going, but that’s nothing new. I may need a better title by and by, but none has yet presented itself to me.

Meanwhile, Jack and Ellayne have seen glyptodons (see illustration) on their way to Durmurot, Ebed is aboard a ship from the Lost Continent, the new government of Obann City is trying to clean up the mess left by Lord Chutt’s usurpation, Ysbott the Snake is on his way to further mischief, and the old rat who lives under the baroness’ kitchen is having premonitions of bad times to come.

This will be Bell Mountain No. 14–who would’ve thought it?–and we’re no editing No. 13, The Wind from Heaven. No. 12, His Mercy Endureth Forever, is available from the Chalcedon Foundation (www.chalcedon.edu/store/ ) and, in Kindle format, from amazon.com.

It makes a welcome break from nooze. Which is a good reason for you to buy it.

Win a Chance to Play Poker with Lord Reesh!

If you’re one of I don’t know how many Bell Mountain readers who’ve wondered, “How would I do, playing poker with Lord Reesh?”, today’s your lucky day!

The reader who accounts for the 400th view tonight will win a chance to play poker against arch-villain Lord Reesh as soon as he can be brought back from the dead. Close watch will be kept on the old guy to make sure he doesn’t have you poisoned or make you disappear.

(Ooh, why didn’t I think of this sooner!)

Back to Work, at Last

I haven’t seen this animal in Obann yet–Doedecurus, a giant South American armadillo with a tail club. But I suspect it’s only a matter of time before one or more of them turns up.

Finally! I sat outside and wrote a scene in my new book–which has only just started, and only God knows where the story’s going to take me. Indeed, after I post this, I think I’ll go back and write some more.

Hot tip heard on the radio this morning:

Want to keep your face mask/badge of submission disinfected? Nothing could be easier. Just leave it in your car (I’ve hung mine from the rearview mirror) and let the intense heat that builds up in there kill the germs. Be sure to shut your windows.

And now, back to Obann City for Lord Chutt’s treason trial.

My Newswithviews Column, June 4 (‘My New Book is Out’) 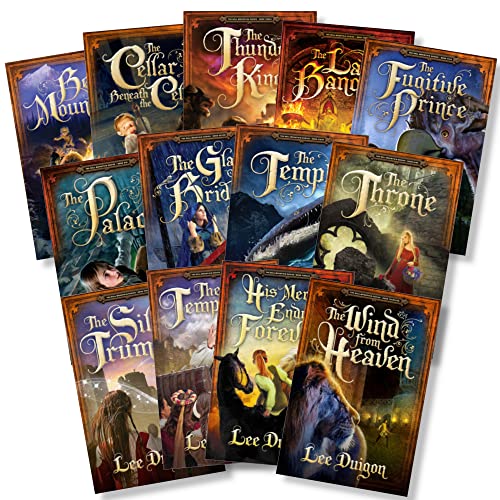 So now it’s out in all its glory, my newest book, His Mercy Endureth Forever.

My New Book is Out

Has there ever been a time when we were more in need of God’s mercy? Would our fallen world live through another day without it?

This is Book No. 12 in my Bell Mountain series. No. 13, The Wind from Heaven, is being edited and will, I hope, be published next year.

Would you rather read a cracking good fantasy/adventure novel, or watch the nooze?

I was sitting outside this afternoon, writing my Newswithviews column for the week–a column about my new book, His Mercy Endureth Forever, and my Bell Mountain series in general.

I was just finishing the work when I chanced to look up: and what did I see?

A beautiful, graceful, full-grown deer trotting across the yard, only 30 or 40 feet away from my chair. She vanished around the corner of the house next door, and when I walked over to see where she was headed, I saw no sign of her. I don’t know where she went.

I took it as a sign that God was nigh, and He wanted me to know that: for which I give Him thanks. 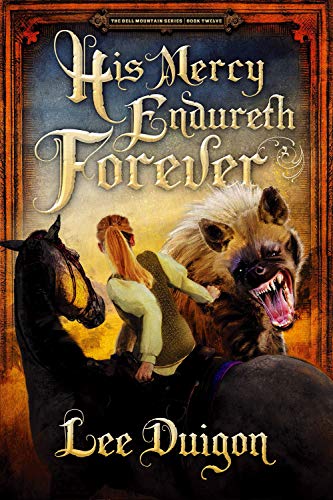 My new Bell Mountain book, His Mercy Endureth Forever, is now available from amazon.com in Kindle format (https://www.amazon.com/Mercy-Endureth-Forever-Bell-Mountain-ebook/dp/B088SKJP68/ref=sr_1_1?crid=13ZUVJRLUXC5Q&dchild=1&keywords=lee+duigon+his+mercy+endureth+forever&qid=1590841881&sprefix=70+per+cent+%2Caps%2C297&sr=8-1). Yeesh, look at the size of that link…

It’s on the same page as a “hot fantasy romance.” I am sure I’m better off not knowing any more about that.

The Kindle price is $4.99–the price of a box of chocolate brownies at the Stop & Shop.

Let’s see if I can sell any.

So When Do I Start?