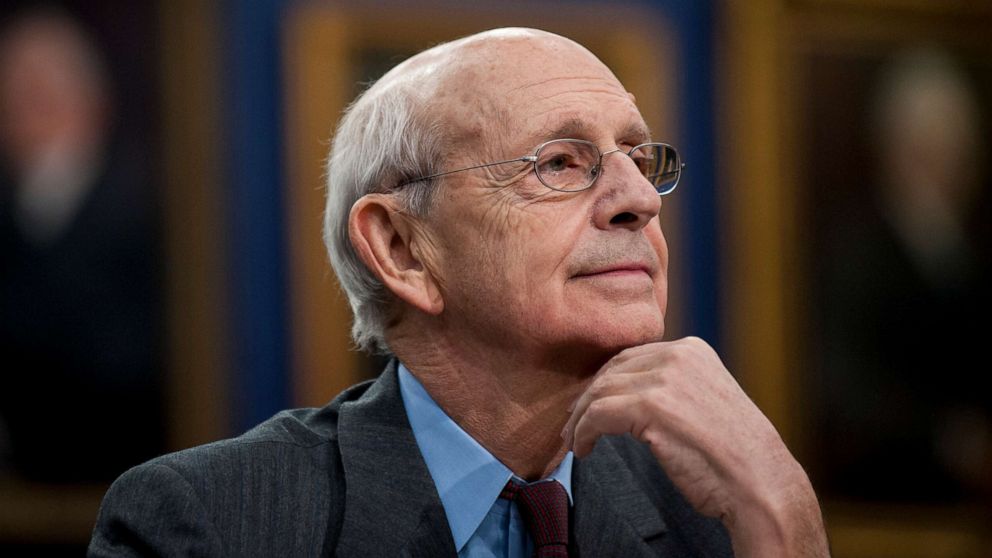 Justice Stephen Breyer… about to make a gesture

By now, I’m sure, most of you have heard that left-winger Stephen Breyer is going to retire from the Supreme Court. He was careful to do it while SloJo Biden is, um, “president.” So we can expect another leftid to be nominated as his replacement.

Imagine if it was Harry Reid with 50 votes in the Senate, and George W. Bush had the appointment to make. Do you think his nominee would get any of those 50 Democrat votes? The whole thing would be stalled, at least until after the next Congressional elections.

We have 50 Republican votes in the Senate right now. They do not have to vote for SloJo’s nominee. If only they stand firmly against whoever it is… but I don’t know if there’s a bigger “If” than that.

Democrats stalled ten Bush nominees, and continually resorted to the threat of filibuster. Bush did get two Supreme Court justices–John Roberts (78-22, and a disappointment to conservatives) and Samuel Alito (58-42): both made possible by Republican control of the Senate.

The point is, throughout Bush’s presidency Democrats blocked as many judicial appointments as they could.

We’ll see if today’s Senate Republicans have that kind of discipline.