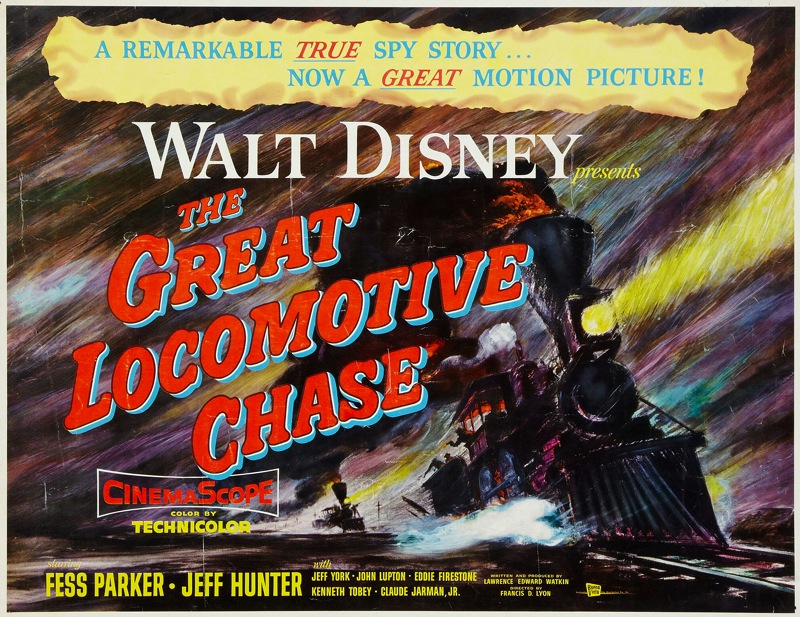 The abominable dreck that comes oozing out of Disney Studios today bears no resemblance to the great family entertainment they used to provide when Walt Disney himself was still alive and running the store.

When Disney Was Disney (Movie Review)

The Great Locomotive Chase was a thrill a minute, but it was far from simple-minded. Nowadays it’s become fashionable and all PC to view the Civil War in terms of black and white instead of blue and grey. If they were making it today (God forbid), it’d be nothing but shrill screed about evil white people.

Maybe someday we’ll make movies like this again. For now, let’s just hope they don’t g et purged from YouTube in a frenzy of self-righteous bullschiff.