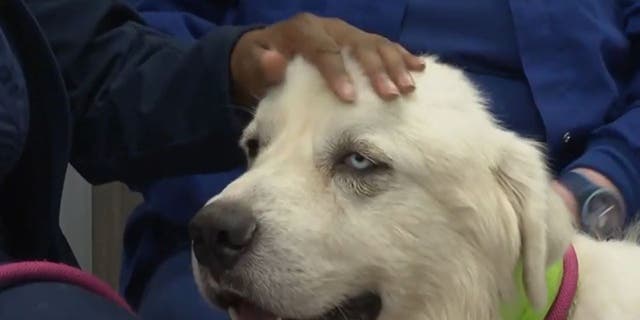 We say Casper the sheepdog is a hero!

A Georgia sheepdog named Casper fought off a whole pack of coyotes when they tried to attack the flock of sheep he was protecting (https://www.foxnews.com/us/georgia-sheepdog-fights-off-kills-coyotes-pack-attacks-sheep). Twelve coyotes attacked. Casper killed eight of them and the surviving four coyotes ran away.

A charitable organization has raised $15,000 to pay Casper’s vet bills. The coyotes tore him up pretty badly–but they couldn’t get his sheep.

We are unable to substantiate a report that the Biden Justice Dept. has charged Casper’s owner with Abuse of Indigenous Wildlife and “latent Racism.” The FBI has promised to investigate the dog as soon as they’re done spying on parents who don’t like their schools’ promotion of Critical Race Theory.

[The last paragraph is satire, in case you hadn’t noticed.]

One comment on “Heroic Sheepdog Fights Off Pack of Coyotes”