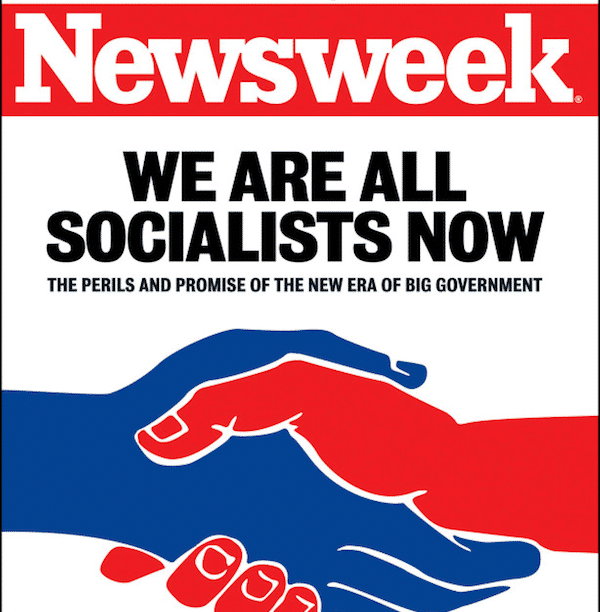 In a somewhat misleading headline, Gallup reports that “4 in 10 Americans Embrace Some Form of Socialism” (https://news.gallup.com/poll/257639/four-americans-embrace-form-socialism.aspx). Obviously they haven’t been paying much attention to what’s going on in Venezuela.

According to Gallup, 43% think socialism would be “a good thing” for America, while 51% say it would be a bad thing. Among Democrats (surprise, surprise), 57% “view socialism positively” in a 2018 poll. In 1942, 25% of respondents said they thought socialism was good. Given that we were at war at the time with the National Socialists of Germany, that seems a rather odd response.

Digging a little deeper into this poll, we find that the definition of socialism, at least in many people’s minds, has changed. Only 17% of the people in the poll associated socialism with “government control over the means of production.”

What? But socialism is “government control over the means of production.” Looks like our schools and colleges have done their work only too well, producing 83% ignorance of what socialism is. Heck, it’s easy to have a positive view of something when you jolly well don’t know what it is.

In the same poll, respondents decisively preferred the free market over government control in all categories except for “protecting consumers’ privacy online” and “environmental protection.” Well, duh! It would be nice if we could actually trust somebody to protect the environment. Around here the government lets developers pave over every square foot of the environment that they haven’t paved already. Gotta make room for all those nail salons.

I wonder how the Democrats’ 70% tax rate, open borders, and live birth abortion would poll.