We’ve been seeing these strange bugs in the neighborhood. It took me a while to find out what they are, but now I know–it’s the spotted lanternfly, an invasive species from China and Southeast Asia. That’s why I didn’t recognize them: they’re new here, having first appeared in Pennsylvania in 2014.

They’re rated a major pest of trees and crops, they crossed the Delaware into New Jersey just a couple of years ago, and now they’re all over the place and government conservation authorities are looking for a way to get rid of them.

Their outer wings, as you can see, are dull and spotted; but when they take off, you see their scarlet underwings and the bright red “tail-light” on the tip of the abdomen. We can testify that they like to land on people. Because it’s a large and completely unfamiliar insect, this can be alarming. But they’re only harmful to plants.

We have enough insect pests of our own, thank you, without importing more. We now have undersized Japanese mosquitoes that give you oversized bites that itch like hell.

Globalism ain’t all that it’s cracked up to be. 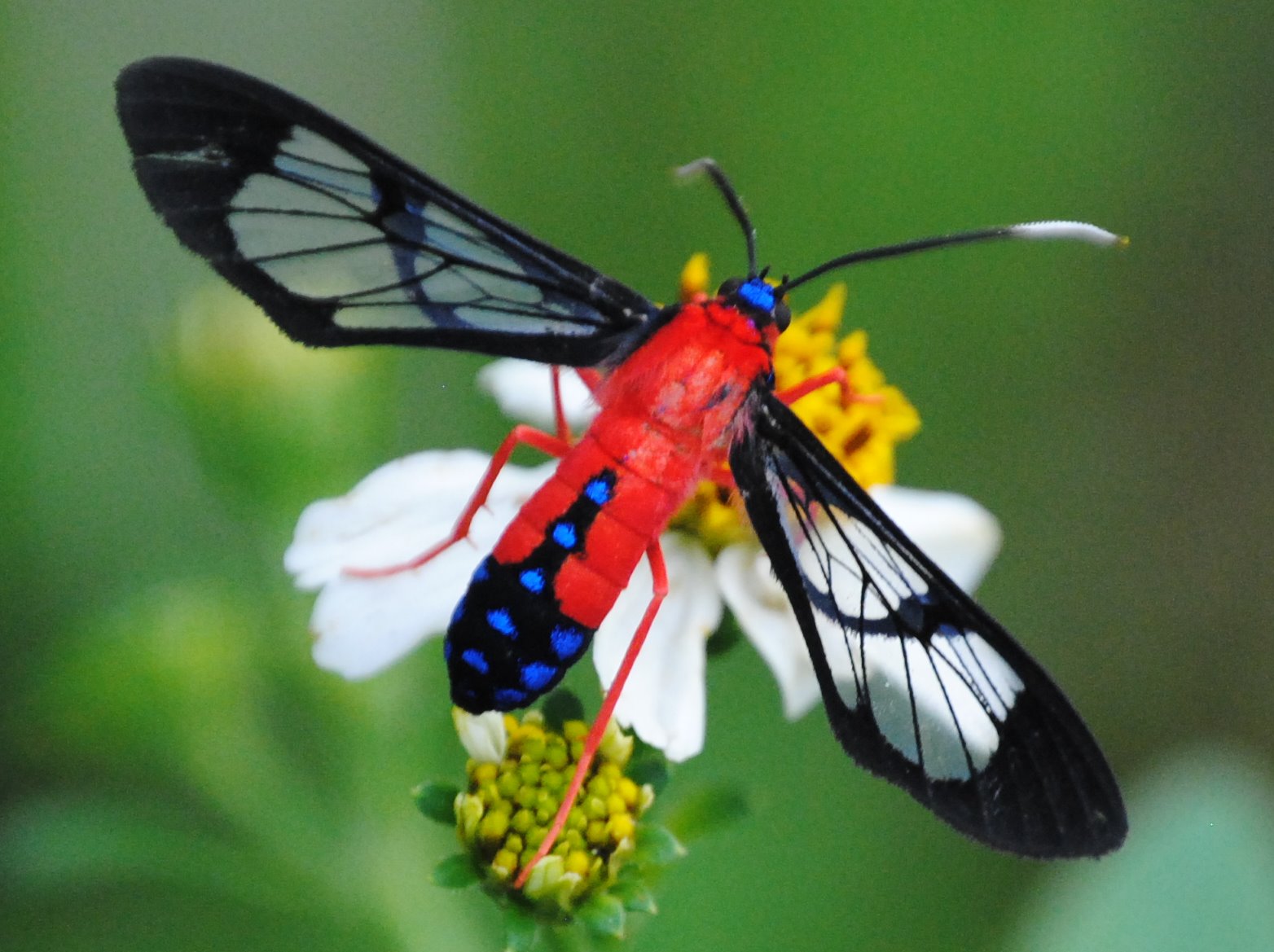 This morning an insect whose like neither of us had ever seen before landed on Patty’s bare arm and freaked her out. She swatted it and it fell, then crawled into the leaf litter and disappeared.

As near as we can make it, it was some kind of “wasp moth,” normally only found far south of here. Patty said it felt “heavy-footed” when it landed on her. She was also afraid it might have bitten or stung her, although no moth has the equipment to bite or sting. Maybe she scratched herself, swatting it away.

I’m not 100% sure we’ve identified this bug correctly, and if it was indeed a wasp moth, what business could it have in New Jersey? They normally live far south of here. We really should have captured it, but Patty was sorry she’d injured it and we didn’t think of collecting it until it was gone.

Just what we need–new bugs. Supposedly these guys are harmless. I’ll keep my eye out for its colleagues.