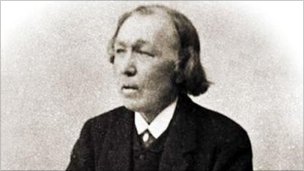 I learned of something new today: William Topaz McGonagall (1825-1902), widely acclaimed as the worst poet, ever, in the English language, and perhaps the worst poet in any language ( https://en.wikipedia.org/wiki/William_McGonagall ).

Sample these few closing lines from his immortal poem about the Tay Bridge Disaster of 1879, about a railroad bridge that collapsed while a train was crossing it:

Had they [sections of the bridge] been supported on each side with buttresses,/ At least many sensible men confesses,/ For the stronger we our homes do build,/ The less chance we have of being killed.

McGonagall’s life would be a sad story, except he himself never took any notice at all of the universal condemnation of his verses; and although he died in poverty, he never seems to have lost his sense of self-importance or his vision of himself as one of Scotland’s all-time greatest poets.

His works remain in print today: there’s a kind of morbid fascination in reading them, and trying in vain to find a consistent meter, or a line that scans. Greater poets by far than McGonagall have been utterly forgotten; but his incredible works are still with us.

Just search his name on your computer, and you’ll find a number of nice websites devoted solely to the worst poet ever to butcher a line.

5 comments on “The Worst Poet Ever?”