What do you make of this? It appears to be a true story. ( http://cryptomundo.com/cryptozoo-news/lawndale07/ )

July 25, 1977, Lawndale, Illinois: Ten-year-old Marlon Lowe was playing outside with his friends when a gigantic bird, with an estimated 10-foot wingspan, swooped down from the sky and attacked the children. It zeroed in on Marlon and snatched him up.

Marlon’s mother, Ruth, screamed in horror. There were, it is said, seven adult eyewitnesses. But then, maybe because the boy was struggling so hard, maybe because he was just a bit too heavy, the big bird dropped him and flew away. 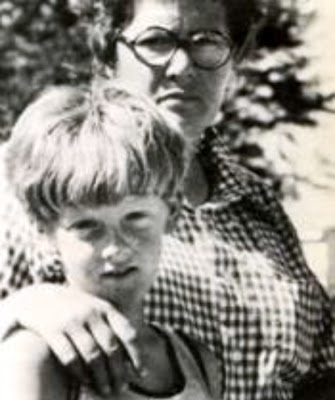 Ruth and Marlon Lowe (not much the worse for wear)

Witnesses describe it as a kind of giant vulture or condor, although no such bird is known to live in North America. (There are very few California condors left alive, and their whereabouts are strictly monitored.)

What was this bird, and where did it go? Where is it now? How many of its kind exist–if they exist at all?

8 comments on “The Attack of the Giant Bird”