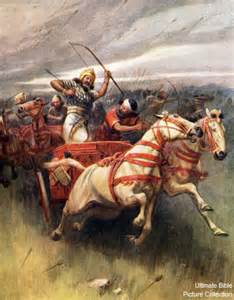 The Bible tells us plainly that “God is not a man, that He should lie” (Numbers 23:19). And yet in I Kings 22:17-23, the prophet Micaiah tells Ahab, King of Israel, that God has allowed a “lying spirit” to corrupt the king’s prophets so that they will urge him to go to war against Syria–because God has arranged for him to lose the battle and be killed. In Micaiah’s vision, God selects a messenger who has said, “I will be a lying spirit in the mouth of all his prophets”; and God replies, “Thou shalt persuade him, and prevail also; go forth, and do so” (v. 22).

So what is this? God allows the king’s prophets to lie?

Well, yes, that’s what He did; and yet He told the truth to Micaiah, and Micaiah told it to Ahab–and Ahab, having been told the truth, didn’t believe it. Instead, he chose to believe what God, through Micaiah, had plainly shown him to be a lie. And because he believed the lie instead of the truth, Ahab went to the battle and was killed, as God had ordained.

God in this case used lies, but made it clear that they were lies. In other words, God told Ahab the truth: because God always tells the truth.

And what happens when we choose lies over the truth?