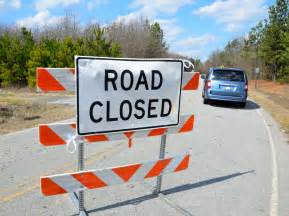 Here are a few built-in limitations to government that liberals and other statists will never understand. Their ideology forbids them to accept these as true. Nevertheless, they are.

*Government cannot force anyone to like or respect someone else. Efforts to do so only make people angry.

*Government has no power to abolish any part of human nature. “Hate,” for instance. They think they can make it against the law; but the most they can do is re-direct it. Even in Blue States, you can still hate Christians, smokers, Republicans, people who own businesses, and Climbit Change Deniers.

*Government has absolutely no power to create wealth, although it’s really great at inhibiting the creation of wealth. Government has no money of its own–only what it can squeeze out in taxes from whoever is creating wealth. All government programs must be paid for, one way or another. “Free stuff” isn’t free. God help us if the federal government ever goes broke: which it could, if sane fiscal policies are not installed quite soon.

*Government has no power over the ordinary processes of nature–the sun, the sea, movements of the earth, and so on. They claim they do, but that’s a lie.

*Government cannot survive radical cultural change without radically altering its form and replacing its personnel, often with extreme violence. If you want to keep your free republic, based on a rule of law, you have to keep the culture that nurtures it. This is why utopian statist schemes always result in piles of dead bodies.

Because all of these things are true, and cannot be altered by any human power, all attempts to create an earthly paradise by the power and wisdom of the state–that is, fallible and sinful human beings–must end in abject failure.

11 comments on “Roadblocks to Utopia”