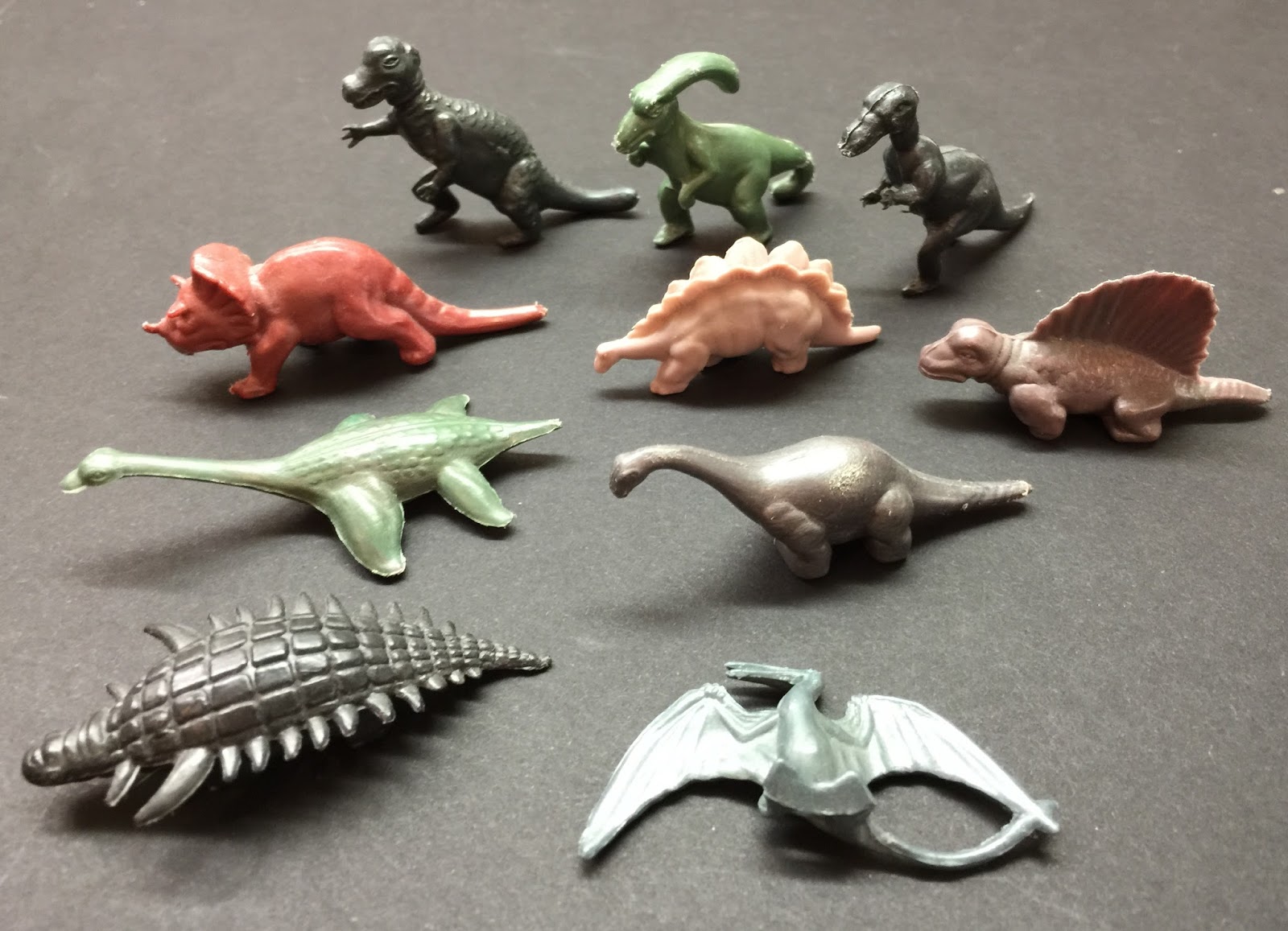 Ah, there they are! The whole gang. Free Inside! For a little golden while in the 1950s, these gloriously crude little dinosaurs came free inside boxes of Nabisco cereal–Wheat Honeys and Rice Honeys, to wit. You can only imagine with what eagerness I opened each fresh box of cereal and rooted around until I found my prize.

Actually these figures were a little smaller than pictured above, which made it terribly easy to lose them in the sandbox. I still have a few of them, and I wouldn’t part with them for all the tea in China.

Looking back, I’m amazed at what little it took to make kids happy, back then. Well, these toys made me happy, at any rate. So did a 5-cent pack of baseball cards, which costs $5 now and probably makes no one happy.

All right, maybe you’re not into dinosaurs. But there were all kinds of nifty prizes in cereal, those days. Little plastic figures of characters in Disney’s Lady and the Tramp (remember that?); bronze or silver-colored plastic doodads representing famous breeds of dogs; little spacemen, The Spoonmen, that you could attach to your cereal spoon… little cars, little speedboats. All of them simple, tiny, cheap–and lovable.

I don’t even what to know what they’re offering 9-year-olds today. I’m sure it would depress me.