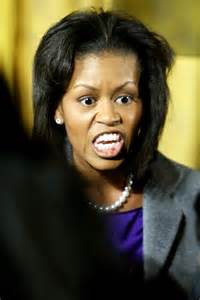 I’ve been having a lot of strange and unpleasant dreams lately, and I dearly hoped that this was one of them. But it isn’t.

Both Obamas deny this is in the works. Because they are Democrats, and totally unable to speak the truth on purpose, that means they’re already working on it.

And it’s already big on Twitter and Facebook. Or so they say. It’s not like it’s the hardest thing in the world to create a fake social media buzz. They’ve got one tweet that says of Mrs. O running for president, “This would be the most iconic thing to ever happen in history.” I am so glad I didn’t say that.