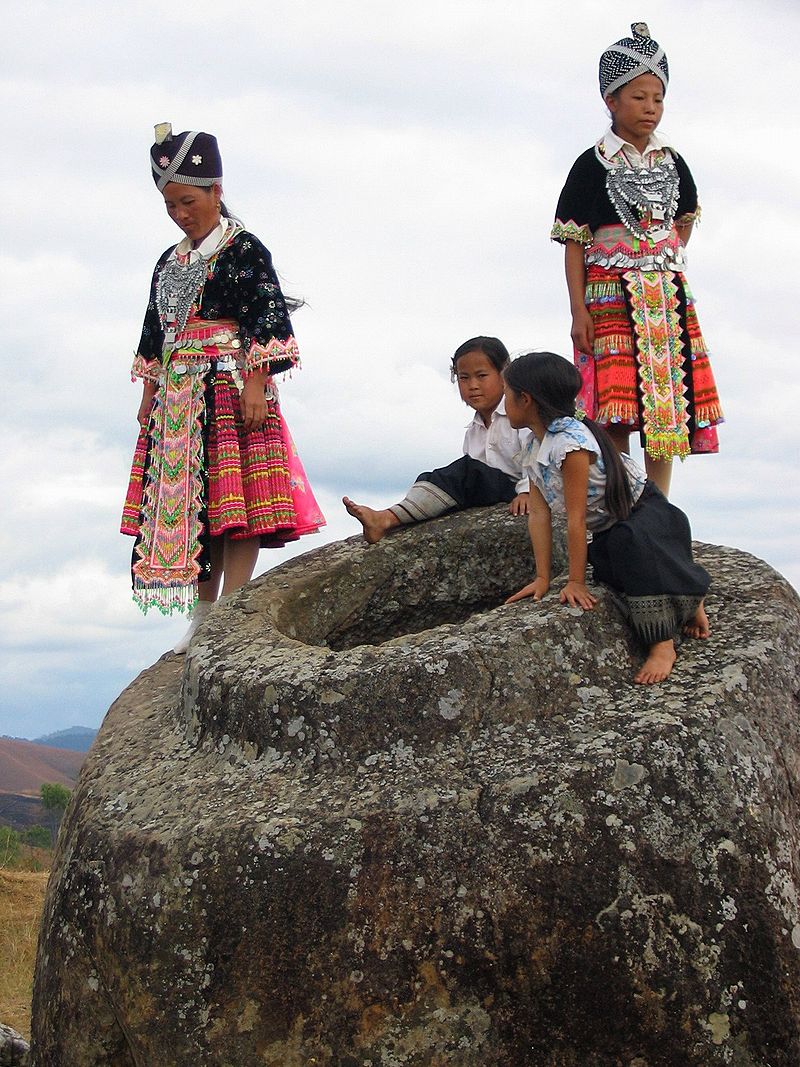 Imagine several square miles of territory peppered with unexploded bombs and containing uncounted thousands of prehistoric stone jars. This is the Plain of Jars, in Laos. In the picture, the little girls have climbed on top of one of the biggest jars.

I first heard of this place in the 1960s, when the Vietnam War was spilling over into Laos. “Jars?” I wondered. What could they be talking about?

Because the region is difficult to get to, and because it’s not safe to do archeological work on a site full of live ordnance just waiting to go off, there’s not a lot that can be said with certainty about the Plain of Jars. Archeologists date them from circa 500 B.C. to 500 A.D. The jars are carved from stone, mostly sandstone. They generally contain ashes, dirt, teeth, bone scraps, and small grave goods. They are apparently connected with funeral practices featuring cremation. Hard to be sure: we are short on written records.

So whose jars were they? Who were the people that carved them and put them there, and what happened to them? What kind of civilization did they have?

If we, the Western world, don’t get our act together, someday people will be asking those questions about us.