Progress on ‘The Temptation’ 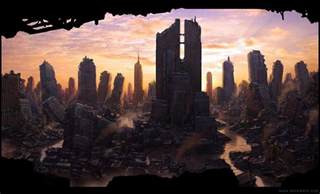 Books don’t write themselves. You have to be there, writing them. This has been difficult for me, these past two weeks: doctor appointments, car inspection, really horrible weather, and so on.

Nevertheless, I plug away at it, trusting in the Lord to give me the story that He wants me to tell. Ten chapters of Book No. 11, The Temptation, are written. Fnaa, King Ryons’ double, has just gone down in history, although he doesn’t know it yet. Lord Orth is preparing for a long missionary trip into the Wallekki country. And if you haven’t read any of my Bell Mountain books so far, those last two sentences won’t make a lick of sense.

It has become necessary to re-visit Old Obann, the massive ruins across the river from the living city. It was the capital of Obann’s empire, destroyed by God’s wrath in the Day of Fire. It is not a nice place. I wouldn’t recommend messing about with it, but Lord Chutt, the usurper-in-chief, never listens to me. He has plans.

I won’t find out what happens next until I write it.

I have lived in Metuchen, NJ, all my life. I have been married to my wife Patricia since 1977. I am a former newspaper editor and reporter. I was also the owner-operator of my own small business for several years. I wrote various novels and short stories published during 1980s and 1990s. I am a long-time student of judo and Japanese swordsmanship (kenjutsu). I also play chess, basketball, and military and sports simulations. END_OF_DOCUMENT_TOKEN_TO_BE_REPLACED
This entry was posted on Wednesday, June 14th, 2017 at 1:39 pm and tagged with bell mountain series by lee duigon, fnaa, King Ryons, lord chutt, lord orth, progress report, The Art of Writing, The Temptation and posted in Book Updates. You can follow any responses to this entry through the RSS 2.0 feed.
« An Embarrassment of Poverty
Liberalism on the Rampage »

4 responses to “Progress on ‘The Temptation’”