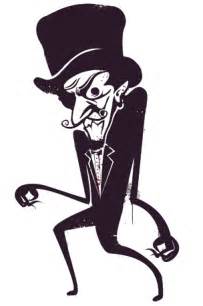 People think it’s easy and fun to create villains for your fiction. Fun, yes; easy, no.

Don’t worry, I won’t make one of those political jokes. “I stop one step short of making them as bad as Hillary Clinton.” Oops.

I find that, in writing up villains, the most important consideration is the character’s motivation. What makes him or her do bad things? Here are some of the motivations I’ve resorted to.

The villain honestly thinks he’s doing good. This easily descends into sheer fanaticism, which I don’t think is quite as common in real life as movies suggest. Much better is–

The villain has selfish or personal reasons for doing evil, which he has rationalized into altruistic reasons. This kind of self-deception is easy to find in real life. “I’m doing this for your good!” Haven’t we all heard that a thousand times before!

Burning with lust for someone (or something) that he doesn’t have, and probably can never get, the villain stops at nothing. This was what motivated Lord Reesh in my Bell Mountain books: he had a vision of Obann’s ancient greatness, and the near-fantastic powers wielded by men of those days, and nothing would ever satisfy him but to bring back those times–in pursuit of which, there was nothing that he wouldn’t sacrifice.

The villain is a moral imbecile and simply doesn’t know any better. According to classical leftist ideology, this is always the case–“It’s the unjust society that’s at fault, not the armed robber!” Yeah, where has the system failed you, sunshine?

The one thing I try to do, with every villain I create, is to make his actions understandable and acceptable to himself. I believe most bad guys think they’re good guys, even if they have to engage in almost superhuman mental gymnastics to do it. Really, how many bad guys in real life ever sit down and think, “Gee, I really am garbage”? Much more common is, “I got a raw deal!”

So stay away from two-dimensional, sneering, mustache-twirling villains who tie Little Nell to the railroad tracks and kick poor Grandma out of the farmhouse.

Villains who think they’re good are much more fun to write about–and way more true to life! I’m sure you can think of a couple dozen real-life examples inside of ten minutes.

3 comments on “How Bad Should Your Bad Guys Be?”