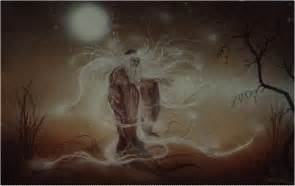 I am reminded of an ancient Welsh tale from The Mabinogion.

The hero Pryderi, for services rendered, received a wonderful gift from the king of Underworld–pigs. At that time, those were the only domestic pigs in Britain. All the other chieftains were jealous.

For reasons too shameful to relate here, Prince Gwydion, trickster and magician, schemed to get the pigs away from Pryderi. He tried to earn them as a reward, but Pryderi had already promised the king of Underworld not to sell the pigs or give them away.

So Gwydion said, “I know a way you can let me have the pigs without breaking your promise: neither sell them nor give them to me, but trade them to me in return for something better.”

Pryderi’s eyes dazzled. In return for the pigs, Gwydion was offering him a dozen thoroughbred horses and a dozen pure-bred greyhounds, and both horses and hounds came fully equipped with trappings and accessories in finest gold and silver. Unable to resist such a wonderful offer, Pryderi let Gwydion have the pigs.

And Gwydion said to his servants, “We’ll have to drive these pigs off in a hurry, boys. The magic will only be good until the morning.”

And in the morning Pryderi’s steeds and greyhounds, and all the gold and silver, turned back into dead leaves, broken twigs, and toadstools: for they had never been anything but an illusion conjured up by Gwydion.

This was free stuff before free stuff was invented! This was a man who should have known better parting with something of real value in return for empty, glittering promises. Pryderi wound up losing his life, too: Gwydion killed him when he tried to recover his pigs.

Beware Gwydion’s gifts. If he were alive today, he’d be giving you Social Justice in return for your freedom. And whatever he gave you would turn into crap in the morning.

4 comments on “Beware the Gifts of Liars”