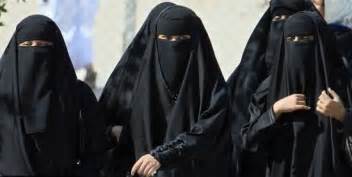 Are they that crazy, that ignorant, or that evil, that they pack off a 5-year-old English Christian girl to live with Muslims who don’t speak English, won’t let the child eat English food provided by her–well, her mother, and who take away the cross she wears around her neck? (https://tribune.com.pk/story/1492966/christian-foster-child-begs-not-sent-back-muslim-foster-family-uk/)

Everybody’s keeping mum all at once. The silence is deafening. Why was this child put into foster care, with her mother still alive? Why, when her grandparents were willing to take care of her, was this child forced into strange and threatening surroundings? The local authority in charge has given no reason for these decisions. The Dept. for Education refuses to comment.

Why don’t the so-called journalists investigate the matter and find out the reason? Don’t they know how to do that?

I suppose we ought to count the little girl lucky she wasn’t left in that situation long enough to be shipped off to the Middle East for a quick genital mutilation.

Just for fun, try to imagine what would happen if a Muslim girl were fostered out to Christians who told her Islam was a false religion and wouldn’t let her read the Koran.

But hold on–this is London we’re talking about, and that would never happen.