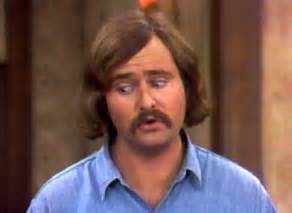 You remember Rob Reiner. He played Archie Bunker’s dopey son-in-law, “Meat-head,” on All in the Family. That was a long time ago. Let’s see what he has to say now.

“Is there anything more exciting that [sic] the possibility of Trump’s election being invalidated and Hillary Clinton rightfully installed as our president?” (https://www.youngcons.com/liberals-still-believe-if-election-is-invalidated-hillary-can-become-president/)

He’s not the only one. A lot of leftids who have no more brains than he does seem to have the United States confused with some of those Third World countries from the 1960s where they had a coup d’etat every couple of weeks. Well, that’s what kind of country they’d like it to be. But we don’t “invalidate” national elections and “install” the loser as president.

These people aren’t sane and they certainly aren’t good. God help us (and why should He?) if we ever again allow them to take power over our country? Because there will be no more next times after that.

I have lived in Metuchen, NJ, all my life. I have been married to my wife Patricia since 1977. I am a former newspaper editor and reporter. I was also the owner-operator of my own small business for several years. I wrote various novels and short stories published during 1980s and 1990s. I am a long-time student of judo and Japanese swordsmanship (kenjutsu). I also play chess, basketball, and military and sports simulations. END_OF_DOCUMENT_TOKEN_TO_BE_REPLACED
This entry was posted on Tuesday, October 3rd, 2017 at 10:37 am and tagged with All in the Family, coup d'etat, hillary clinton, liberals vs. America, Meathead, Rob Reiner and posted in news. You can follow any responses to this entry through the RSS 2.0 feed.
« Intellectuals Say the Darnedest Things
Feel the Love, Baby »