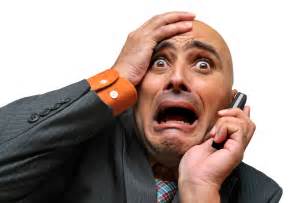 Yesterday it was a high school being evacuated, and five people somehow managing to get themselves injured, because of a pumpkin spice air freshener. But we Americans are not the only ones who panic at the drop of a hat. Or less.

In case you missed the heads-up from “Watchman” last night, this week a passel of British commuters, in a blind panic, forced open the doors of their train and jumped out onto the rails, fleeing in terror from… a man reading Bible verses (http://therightscoop.com/commuters-force-open-doors-flee-train-in-panic-over-man-reading-bible-verses/).

This caused a major problem for the London rail system. They had to cut the power–didn’t want folks frying themselves on the tracks–and the whole morning commute got bollixed up for hours.

Not everybody panicked. Someone asked the Bible reader to stop because he was scaring people, so he stopped.

Aggravating the situation, some of those who leaped out of the train insisted that the man with the Bible had said he had a bomb and was going to blow them all up. Police handled the mess with praiseworthy tact and gentleness; the guff about the bomb, no matter how baseless, obliged them to activate certain procedures. Happily, many of the passengers refuted the charge.

But why did anyone say the man threatened them with a bomb, when he did nothing of the sort? Were they that freaked out, that they had hallucinations?

Well, let’s see. They had a bomb-and-train incident just a couple of weeks ago, and people who ride the train are edgy.

This is flat-out the fault of the UK government, who, in their multicultural zeal, refuse to protect their own people from those who would do them harm. “We’re gonna have a multicultural society if it kills you!”

A government who won’t protect its people has no reason for existing.

9 comments on “Another Mad Panic”