In 1997, at the National Governors Assn. Winter Meeting, Hollywood director Rob “Meat-Head” Reiner, who is not a governor, introduced a scheme for government “experts” to intervene in the development of every child from birth to age three, so as to ensure that everyone “develops” properly. Meat-Head then introduced a–well, a scientist, who “displayed two brains, one of a criminal and one of a healthy individual…” 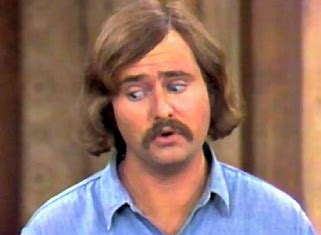 Hasn’t learned a blessed thing in all these years…

Please tell me this was from a remake of Young Frankenstein. It was just a put-on, right? They had to be kidding. I mean, really, this was like a 1950s TV commercial for a new brand of mouth-wash…

No such luck. It was all too real, and you can read about it in Sex, School, and Politics by Donna Hearne, a former official in the U.S. Dept. of Education under President Reagan. (Published by the Constitutional Coalition, St. Louis MO, 1997)

With enough expert managing and supervision of family life, Meat-Head declared, there won’t be any more of those ugly-looking criminal brains. There will be only normal, happy, healthy brains. No more problems, no more crime–utopia at last! And we’ll owe it all to Science and the government!

Mrs. Hearne’s little book was written 20 years ago, describing the chain with which our betters thought to bind us. As Marley’s ghost might say, “And they have labored on it ever since. It is a ponderous chain!”

If you’ve already read R.J. Rushdoony’s The Messianic Character of American Education, in which the creators of our public education system testify against themselves in their own words, you already know the game plan:

Human beings are perfectible by government and science, using whatever degree of violence, duplicity, and coercion is necessary, with the objective of gaining total control over every aspect of every human being’s life–with unfettered sex provided as the anesthetic.

Conspiracies are hatched in secrecy. This is done in plain sight. And no one is stopping it.

4 comments on “Please Tell Me They Were Kidding…”