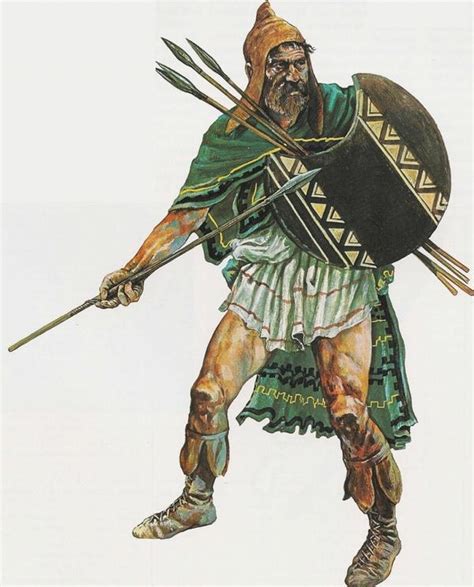 This is a Thracian “peltast,” a lightly armored warrior. Alexander the Great used peltasts to guard the flanks of his heavily armored phalanx. And Herodotus, writing a generation or two before Alexander, called the Thracians the second most populous nation in the world, outnumbered only by the Indians.

“Thrace” consisted of parts of northern Greece, most of modern Bulgaria, all of Turkey-in-Europe, and bits of Rumania. The Romans conquered it and made it a province: the most famous Thracian was Spartacus, the gladiator and revolutionary. Greeks, Macedonians, and Romans had Thracian warriors in their armies.

But for all their numbers, their wealth in natural resources, their craftsmanship (Thracian art objects were always in demand), and their skill and bravery in war, there is no more Thrace today, and no more Thracians. Oh, their DNA is still around, mixed in with everybody else’s–Greeks, Slavs, Turks, Bulgars, et al–but there’s no more Thracian language, culture, or polity. The ancient Thracians never got serious about setting up a state, and made only half-hearted efforts to keep a kingdom going. Maybe if they had, for the sake of self-defense, set up a king, they might have lasted longer. Or maybe not.

The point is: here was a considerable people, a populous nation, well-known throughout the ancient world, a nation that persisted for some thousand years–and it’s gone. Historians aren’t even sure how it came to disappear. It seems to have been a gradual process. Eventually we look for Thracians in the historical record, and they aren’t there anymore.

Nations require preserving. They don’t live on inertia. Where are all the nations that used to interact with Israel? Israel is still here, and has been all along. Moab, Ammon, Edom, the Philistines, Elam, Babylon, the Assyrian Empire, and the Roman Empire–they were richer and stronger and greater than Israel, but they’re gone.

If there is to be a United States of America two hundred years from now–and not just a space on a map bearing the name but nothing of the character–it will only be by God’s providence and mercy: which we would be well-advised to seek at all times, to humble ourselves before Him and stop trying to provoke Him to anger.

14 comments on “Where are the Thracians?”