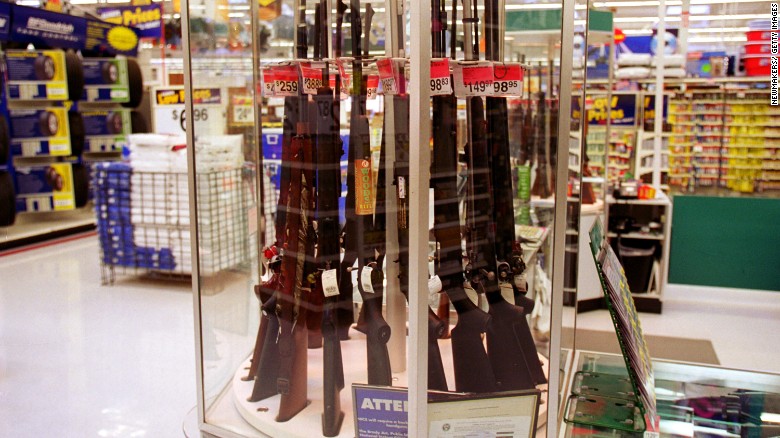 Today in New Jersey it’s almost impossible to own a gun legally. That, of course, doesn’t stop criminals and psychos who don’t obey the gun laws from committing crimes with guns. But just try telling that to a liberal.

When I was a boy, if you wanted a gun, you just walked into a store and bought one. You could even mail-order one from Sears Roebuck. I remember the gun displays in the sporting goods sections of several big department stores–E.J. Korvett’s, W.T. Grant, 2 Guys From Harrison. My Uncle Ferdie bought his .22 rifle at Korvett’s. Set up a target range in his basement and sometimes let us, his nephews, have a go at it.

You just bought the gun if you wanted one, and nobody felt threatened, nobody expected you to shoot anyone. There was literally no such thing as a “school shooting.” People would have had no idea what you were talking about.

Then along came the 1960s, when the Left took control of our society and corrupted it. Today that corruption is in full bloom. And one of the things we have to show for it is mindless violence. Like school shootings. But Democrats see this as their ideal opportunity to accomplish something they’ve long desired–the total disarmament of law-abiding American citizens. So they swear to us that if we just let them take away the guns, everything will be peaches ‘n’ cream.

It’s the moral corruption, the unfocused rage, and the sheer Godlessness of it all that really does the killing. But don’t ask liberals to get rid of those things, because they’re the ones that have put them there.