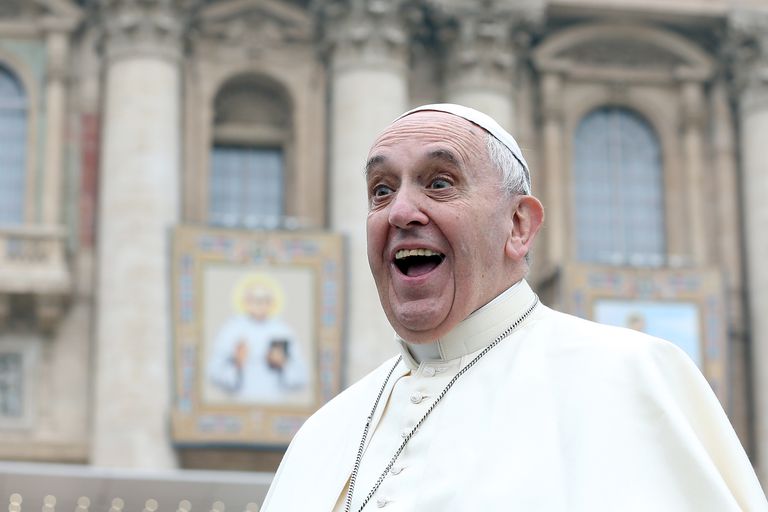 You never know what to expect from the Red Pope, Francis I. He comes up with some doozies, and this latest one takes the cake.

Interviewed by “his long-time atheist friend,” the Pope said there’s no Hell and that condemned souls “just disappear” (https://www.cnsnews.com/blog/michael-w-chapman/pope-francis-there-no-hell). Am I the only one who thinks it may not be appropriate for the Pope to buddy up with atheists? But wait, there’s more!

Wrote the atheist interviewer, “In our previous meeting you told me that our species will disappear in a certain moment and that God… will create new species.”

What? You mean Christ died for a species that God’s gonna erase anyway? What Bible did he get that out of? I guess the same Bible that says there’s no Hell, thus refuting official Roman Catholic doctrine. Am I the only one who thinks it’s not appropriate for a Pope to be refuting Catholic doctrine?

According to the interviewer, the Pope also said, “It is an honor to be called revolutionary.” This guy’s something else.

The Vatican has officially disavowed the interview, saying it wasn’t a formal interview at all and that these aren’t genuine quotes–just a “reconstruction” by the Pope’s long-time atheist friend. With friends like that, who needs enemies?