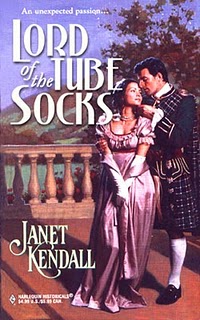 In Chapter CLII of Violet Crepuscular’s romance masterpiece, Oy, Rodney, it turns out that the Japanese ambassador who keeps getting snubbed and trampled on is a favorite cousin of the Emperor, and they are mighty mad over the treatment he’s been getting in this book. Consequently, Japan has declared war on Scurveyshire. Rumor has it that a Japanese fleet is on its way.

“Everything happens while you’re trying to arrange a wedding!” Lord Jeremy Coldsore complains. He and his friend, Willis Twombley the American adventurer, are to be married to Lady Margo Cargo, who has been tricked into believing they are one and the same person. Lady Margo’s wealth will save Coldsore Hall from its creditors.

“Germy, you worry too much,” says Twombley. “All we gotta do is throw a nice party for the ambassador, and it’ll all blow over. Only thing is, first we got to find him.”

Together they pore over the chapters of the book related so far. Finally, late at night, they locate the Japanese ambassador. His name is Walt Dropo.

He enters Coldsore Hall with a samurai sword in his belt and bows stiffly from the waist, as far as his tight corset will allow.

“You have treated me very badly!” he declares.

“My dear fellow, we’re going to make it up to you!” says Jeremy. “You are to be the guest of honor tomorrow night at Lady Margo Cargo’s lavish country house.”

“Will there be geishas?”

In fact, Scurveyshire is clean out of geishas. There hasn’t been one in the shire since 1602, and she was only passing through. Twombley assures the ambassador that there will be geishas galore. Dropo-san is greatly pleased.

“I will immediately contact my government to call off the war,” he says. Bowing, he takes his leave, promising to return when they have his date ready for him.

“Where are we supposed to get geishas?” cries Jeremy.

“We got a whole chapter to scare some up,” says Twombley.

I have lived in Metuchen, NJ, all my life. I have been married to my wife Patricia since 1977. I am a former newspaper editor and reporter. I was also the owner-operator of my own small business for several years. I wrote various novels and short stories published during 1980s and 1990s. I am a long-time student of judo and Japanese swordsmanship (kenjutsu). I also play chess, basketball, and military and sports simulations. END_OF_DOCUMENT_TOKEN_TO_BE_REPLACED
This entry was posted on Sunday, April 15th, 2018 at 12:37 pm and tagged with geisha girls, general silliness, Lord Jeremy Coldsore, Oy Rodney, silly romance novels and posted in Just for Fun, satire. You can follow any responses to this entry through the RSS 2.0 feed.
« Love Is Hard
An Enormous Green Spider »