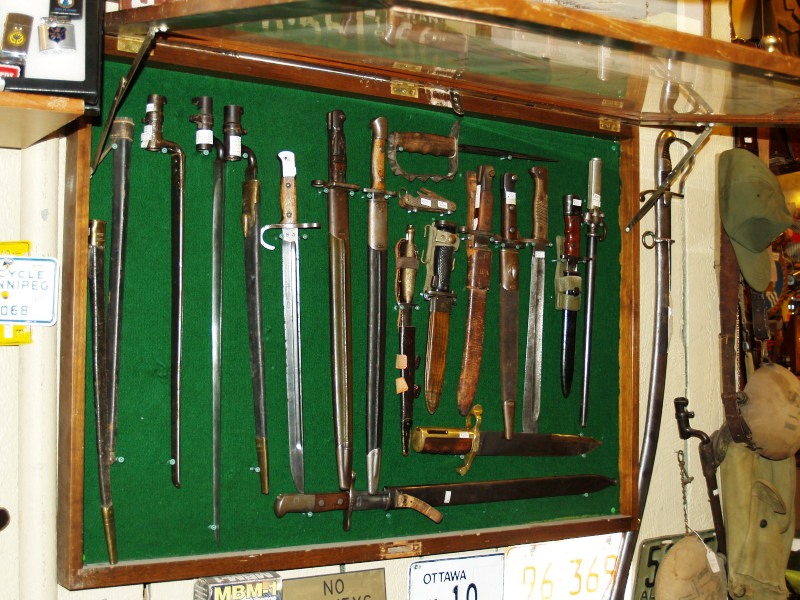 Imagine that you’re twelve years old, visiting, with some of your friends, their cousin’s house. And you all go downstairs to what in most homes would be a cellar: but in this house, it’s a military treasure trove.

It all belongs to the cousin’s grandfather, The Colonel, relics of a long military career in the Far East. Suddenly you’re in a very different world, a world that might have been  created by Rudyard Kipling or Joseph Conrad. The lighting is subdued, and the walls hung with swords, spears, samurai gear, Japanese battle flags, and exotic weapons whose use you can’t even imagine. There are cigarette lighters made of hand grenades, artillery shells standing on the floor, and a brightly-lit aquarium, built into the wall, inhabited by fish you’ve never seen before. All very shadowy and quiet.

The Colonel himself is a tall, straight figure of a man with an iron-grey crewcut; and although I visited his house many times, I’m sure I never heard him speak. I doubt he ever knew my name.

The collection dazzles me. It would take all day to see it all. One of the Japanese battle flags has a tear in it, and a dark stain that must be old, dried blood. One is not inclined to be frivolous, down here, and loud talk is garishly out of place. I feel as if I will never be able to describe it adequately, however hard I try. But it’s also unforgettable. Almost sixty years later, I can close my eyes and see it.

What it tells me is that the world is very wide, full of peoples and places that I couldn’t hope to list, who fought battles and waged wars that I won’t be able to track down in a hundred books of history. So much vastness, in such a small space!

But The Colonel saw it all. He was there. He doesn’t need to speak: his collection says more than he can ever say.