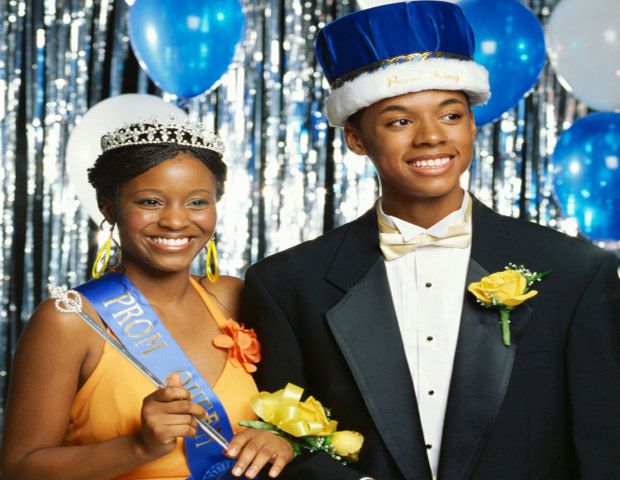 What a normal prom king and queen look like

A pair of lesbians are claiming “discrimination” because Morton Ranch High School, in Texas, won’t change the prom rules to allow them both to be elected “Prom Queen” (https://www.dailywire.com/news/30596/lesbian-couple-claims-discrimination-kept-them-paul-bois). Oh, my! They weren’t even allowed to run together for “Prom King and Queen.”

Ordinarily I would find it hard to focus in on anything as trivial as who gets to be prom queen. All right, it’s a big deal to some kids.

Uh, why did the lesbians presume that they would win the election, if they were allowed to run together?

Why do people in a Red state like Texas still think they have Red state schools, when the far-left teacher unions control the public schools in every state, Red or Blue? Wake up, Texas. You have Blue State schools. You might as well have imported them from Massachusetts.

The pattern has been repeated times without number. It starts out with, “Can’t you just leave us in peace, to do our own thing, privately? Why must you persecute us?” And it winds up with another micro-minority tyrannizing over the rest of society. And corrupting it. What starts out as “must be tolerated” morphs into “must be celebrated” and bowed down to.

Meawnhile, unless the entire study body is elected Prom Kings and Prom Queens, then of course there is “discrimination,” you idiots: that’s why only two kids get elected. Hey, maybe they could try that. Everybody a king, everybody a queen. You can be both at the same time, if that’s what ices your cake, and demand that everyone else exalt you as simultaneously king and queen.

When is someone going to stand up to these puffed-up minority ankle-biters? Where is it written that they get to run our country?