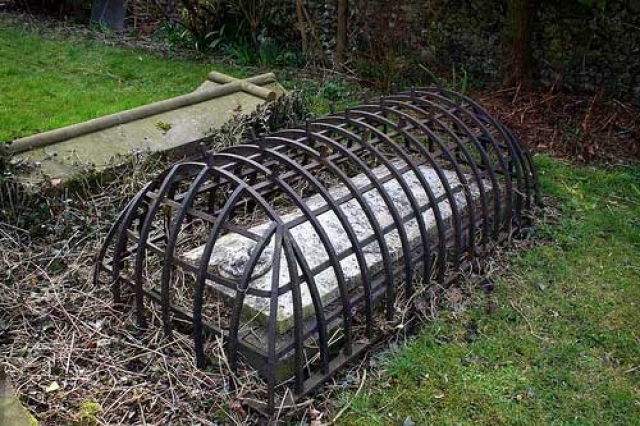 Three of Miami’s oldest cemeteries are experiencing a rash of grave-robbing (http://www.miamiherald.com/news/local/community/miami-dade/article212504519.html). Because of the high water table, the graves there are above-ground, in stone or cement.

People have been breaking into the graves and stealing bones. Why? Says the caretaker, “There’s a lot of witchcraft going on, and I’ve been offered $1,000 for a skull.” But of course what we’re really supposed to say is that the bones are used in exotic “religious ceremonies.” Presbyterians? Lutherans? The caretaker thinks it’s disrespectful of the dead; it upsets him. Doesn’t he knew that all “religions” are equal, and the only one he’s allowed to diss is Christianity?

So we import these weird cultures that are simply not going to reconcile with our own, and then we’re sorry that our loved ones get torn out of their graves. Just doin’ their thing, says the anthropologist.

I don’t get why they have to do it over here.

6 comments on “Grave-Robbers Busy in Florida”