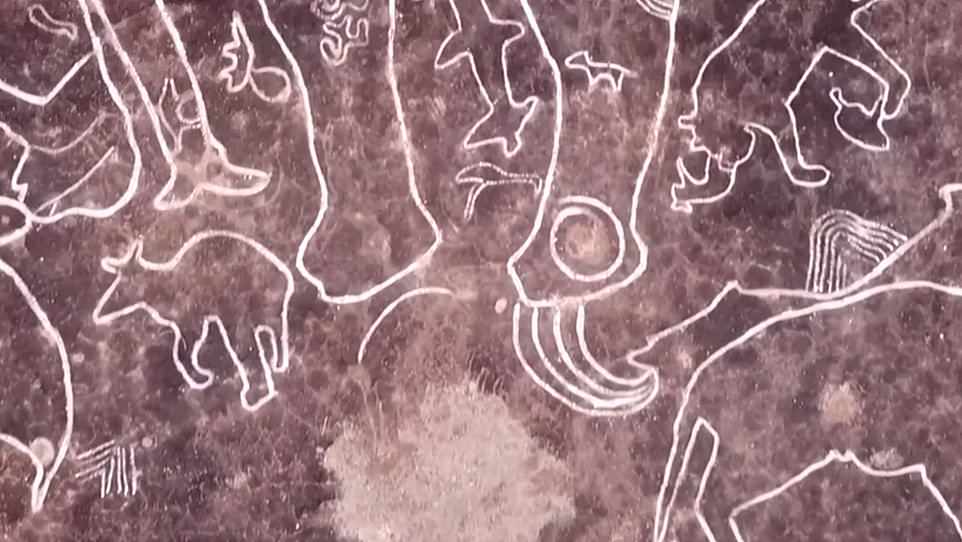 Wow! Looks like we’ve got another lost civilization to puzzle us.

Indian archaeologists in Maharashtra State have uncovered thousands–repeat, thousands–of ancient rock carvings which they estimate date from around 10,000 B.C. (https://www.bbc.com/news/world-asia-india-45559300). Click the link for a lot of eye-popping photos.

In addition to stylized geometric designs, the carvings also depict a host of humans and animals, some of which are not found in the area nowadays. We have elephants, rhinos, assorted fish–and some of these are huge, they can only be properly seen from above. The absence of any agricultural-type pictures suggests to scientists that the people who carved them had no agriculture. Well, maybe.

We don’t know anything about the people who created all this artwork, some of which must have been highly labor-intensive, requiring a fair amount of organization. Who were they? How did they live? What was their culture like? And what happened to them?

Maharashtra is on India’s east coast, stretching many miles inland into central India. We can’t help wondering whether the people who carved the petroglyphs had anything to do with the later (circa 2,000 B.C.), highly urbanized Indus Valley civilization. No written inscriptions have been discovered here as yet.

Another tantalizing mystery belonging to a vanished world…