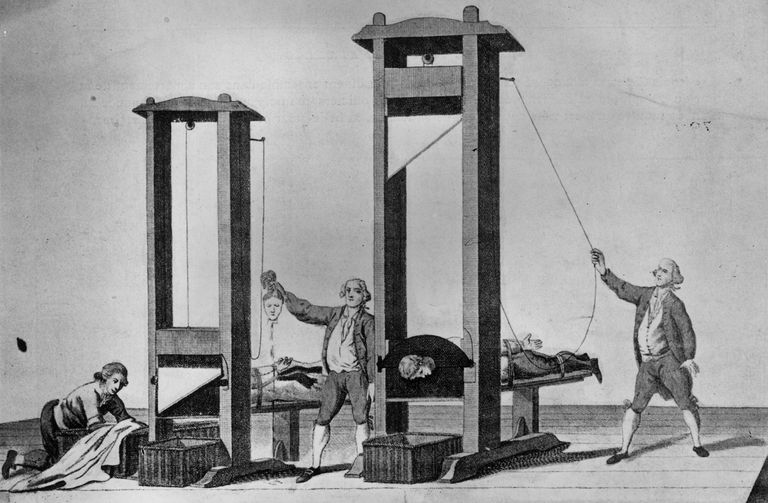 A Democrat Party apparatchik in Minnesota has been suspended without pay for a week after posting this little zinger on Facebook: “11.7 [day after Election Day]–bring them [Republicans] to the guillotines” (https://apnews.com/cd7c880bf8bb4d94a95512b756a0e23e). The state party commissar took pains to state that Democrats do not, in fact, propose to murder Republicans in the wake of next month’s elections. We are at liberty not to believe this disclaimer.

But my question is, “Hey, Facebook! How come you didn’t censor that? Ya mean that wasn’t hate speech? That wasn’t advocating violence?” Oh, he was just kidding–!

If a Republican had said that about Democrats, Facebook would have banned him for life.

Get this through your heads, boys ‘n’ girls. Up against the Mob Rule Party, America faces a stacked deck. The game is crooked from the get-go. Motivated solely by a lust for power, fueled by rage, there is nothing they won’t do–short of murder–to get back into control of the country. We guarantee there will be more Democrat votes cast than there are Democrat voters.

In 2016 they cheated like crazy and still lost, largely because they believed their own propaganda and thought Witch Hillary was a shoo-in. We can’t count on them making that mistake again. We can count on them cheating even more.