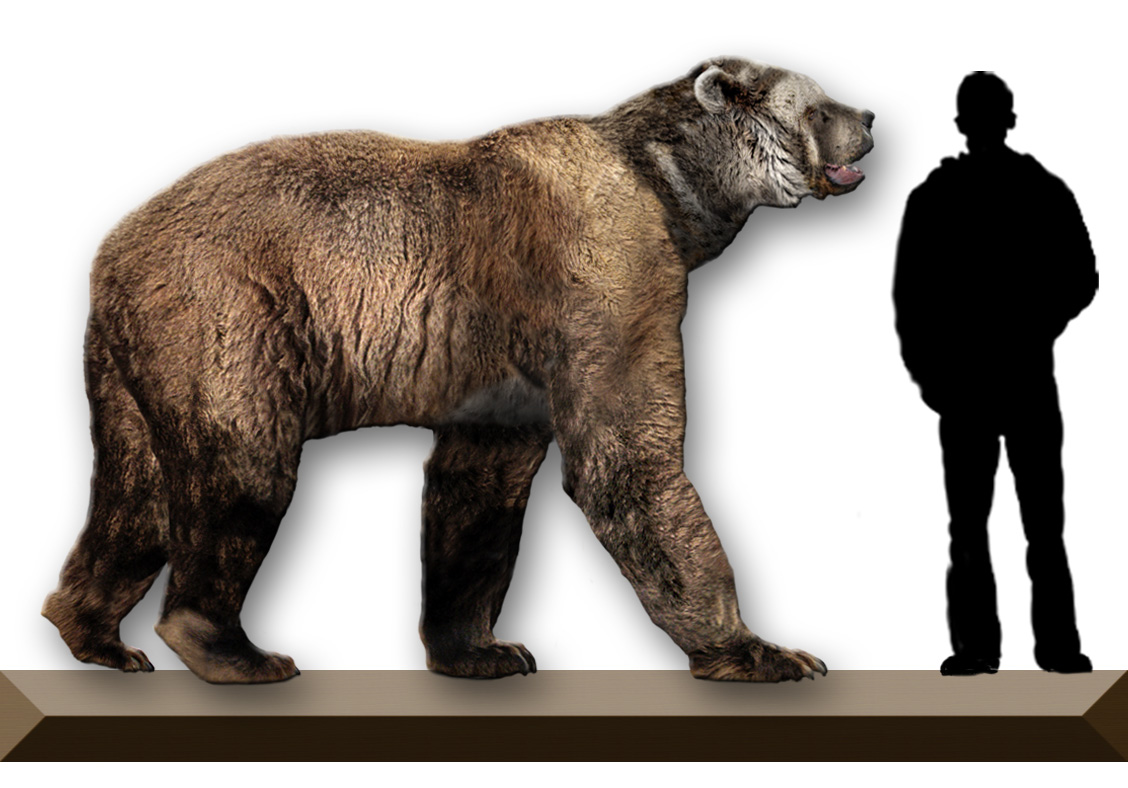 Jambo, Mr. Nature here, with a brief safari into the past.

Today we’re looking for the largest bear ever, which is not the Alaskan brown bear or even the polar bear. They’re big: but the short-faced bear of North America, ranging from California to New Jersey, was bigger. Based on fossils, an adult short-faced bear weighed around a ton and stood 12 feet high when it stood on its hind legs. On all fours, it could look a six-foot man right in the eye.

Scientists estimate that these bruisers went extinct ten or eleven thousand years ago, along with a lot of other awesome mammal megafauna in North America. No one knows why. All we can say for certain is that they were here once, but not any more. Maybe the bears ran out of big stuff to eat–although we really don’t know why any of those beasts died out. Theories abound.

I try to imagine what it would be like to see one of these. Okay–but it might be the last thing you ever see.

God created these animals and pronounced them good. We don’t know why He removed them from the scene, although it might have been a good thing for us that He did.

We can only wonder.

4 comments on “The Biggest Bear”