Church of Norway ‘Apologizes’ for Having Been Pro-Life 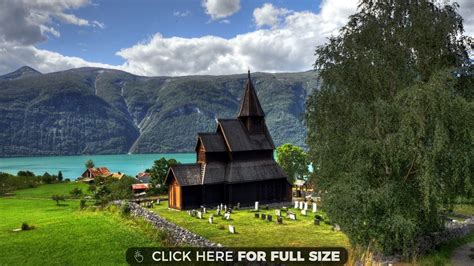 It looks nice, but looks aren’t everything.

And another “church” bites the dust…

The Bishops of the Church of Norway–70% of the people in Norway belong to that church–have issued a statement apologizing for having been pro-life (https://www.lifesitenews.com/news/church-of-norway-apologizes-for-previous-pro-life-stance-says-abortion-promotes-women-safety). No, it’s not a satire. They really did it.

Yup, the bishops regret ever having opposed abortion and are now for it–because abortion, they say, is necessary for “women’s health, safety, and security.” There’s that “women’s health” thing again. For good measure, they have added another “We are sorry” for not having given sufficient support to all the rest of feminism.

They’re going to be even sorrier when Christ returns to judge the quick and the dead.

But apostate churches, churches that go along to get along, churches that covet the approval of a fallen world–these have always been with us. The true Church is Christ’s people, in all denominations, who are faithful to Him and keep His testimony.

That is the Church that will endure.

I have lived in Metuchen, NJ, all my life. I have been married to my wife Patricia since 1977. I am a former newspaper editor and reporter. I was also the owner-operator of my own small business for several years. I wrote various novels and short stories published during 1980s and 1990s. I am a long-time student of judo and Japanese swordsmanship (kenjutsu). I also play chess, basketball, and military and sports simulations. END_OF_DOCUMENT_TOKEN_TO_BE_REPLACED
This entry was posted on Friday, March 15th, 2019 at 2:31 pm and tagged with apostate churches, church flips for abortion, Church of Norway, Jesus Christ, Norway church apologizes for having been pro-life, the true Church and posted in news, religion. You can follow any responses to this entry through the RSS 2.0 feed.
« Coming Soon (Maybe): The Human Jellyfish?
I amb geting Smarter!! »