Translation: ‘We Wanna Get High’ 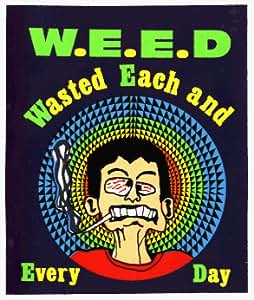 My home state of New Jersey–you know: that state that everybody makes jokes about, and rude noises–is scurrying around, trying to get pot legalized in a vote this coming Monday in the legislature. Because–wait for it–legalizing marijuana is “a civil rights imperative” (https://www.nj.com/politics/2019/03/legalizing-weed-will-put-nj-on-the-right-side-of-civil-rights-history-murphy-says.html)

See, not legalizing marijuana–why, that’s just like slavery! And legalizing it, sez our governor, will get “all the bad guys” out of the pot business. And net the state scads and scads of revenue so they can pay those teacher union pensions.

Believe it or not, this is actually a worse idea than it was 50 years ago. According to Alex Berenson, in a recent speech at Hillsdale College reported in “Imprimis,” Hillsdale’s newsletter (Jan. 2019, Vol. 48, No. 1), the chemical in pot that gets you high is ten times stronger, or even more, than it was in the 1970s–better living through chemistry.

Liberals have reached a point in their development where they actively seek out and strive for whatever is evil, foolish, wasteful, wrong, stupid, or contemptible. That makes it easy for the rest of us: whatever a Democrat is for, oppose it, because you know it’s bad.

My pot-head friends in the 1970s were boring and silly. Now, with the drug ten times stronger, users are leaving boring and silly behind and venturing into paranoia, violence, and depression.

I have lived in Metuchen, NJ, all my life. I have been married to my wife Patricia since 1977. I am a former newspaper editor and reporter. I was also the owner-operator of my own small business for several years. I wrote various novels and short stories published during 1980s and 1990s. I am a long-time student of judo and Japanese swordsmanship (kenjutsu). I also play chess, basketball, and military and sports simulations. END_OF_DOCUMENT_TOKEN_TO_BE_REPLACED
This entry was posted on Friday, March 22nd, 2019 at 1:11 pm and tagged with Alex Berenson, insane public policy, legalizing marijuana, liberals vs. America, liberals vs. the human race, NJ to legalize marijuana, pot is much stronger now than it used to be and posted in news. You can follow any responses to this entry through the RSS 2.0 feed.
« Student Can’t Be in National Honor Society… Because He Supports the President
Mr. Nature: Flying Frogs »

11 responses to “Translation: ‘We Wanna Get High’”