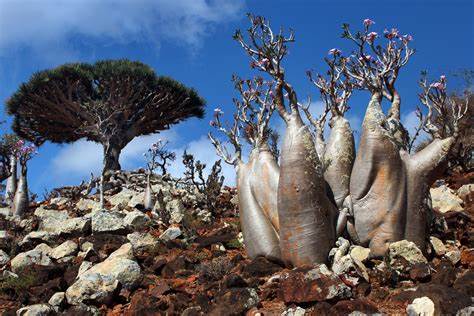 So how do a bunch of primitive little prehistoric ape-men get to an island hundreds of miles out to sea?

Maybe they hitched a ride from someone with a boat? Or maybe the “stone tools” found on Socotra aren’t really tools, but just stones?

Or maybe we just don’t know a lot of things we say we know.

I have lived in Metuchen, NJ, all my life. I have been married to my wife Patricia since 1977. I am a former newspaper editor and reporter. I was also the owner-operator of my own small business for several years. I wrote various novels and short stories published during 1980s and 1990s. I am a long-time student of judo and Japanese swordsmanship (kenjutsu). I also play chess, basketball, and military and sports simulations. END_OF_DOCUMENT_TOKEN_TO_BE_REPLACED
This entry was posted on Saturday, April 20th, 2019 at 8:36 am and tagged with Homo habilis, prehistoric ape-men, prehistoric people, Socotra, things we think we know and posted in science news. You can follow any responses to this entry through the RSS 2.0 feed.
« ‘All Hail the Power of Jesus’ Name’
My Poor Car [wail and gnash teeth] »