By Request: The Bell (on ‘Bell Mountain’) 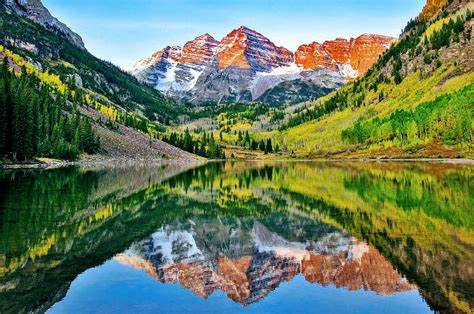 Joshua asked for this excerpt: from page 1 and page 2 of Bell Mountain. Remember that Jack’s dream, described here, was originally one of mine.

“In Jack’s dream, he would be somewhere in the valley, maybe trying to throw a stone across the river… So he would be throwing stones, or looking for blackberries, when suddenly the mountain would begin to sing.

“It was always the biggest mountain, Bell Mountain, with its peak hidden in a cloak of clouds so that no one ever saw it. Jack had never in his life heard the sound of a really big bell, or he might have said the mountain rang, not sang.

“But it was a terrible song that made the other mountains tremble and filled the whole valley as if God had flooded it to the foothills with ice water. Jack couldn’t hear the noise of the river anymore, nor the wind, the birds, nor his own heart beating. Indeed, it seemed the river stopped flowing and his heart stopped beating. And he was too terrified to pick up his feet and run away–too terrified even to breathe.

“And then he would wake up.

“As his breath came back to him, he would always find that he was still frightened: scared enough to shiver. But on top of being frightened, and running deeper than the fear, was something else…”

Anyone can request an excerpt from any of my books. Just be sure to give the title, page number, and a brief description of what you want me to excerpt. And remember–we don’t want to spoil any of the climaxes.

And if you haven’t read any of these books yet–well, they’re waiting for you.

I have lived in Metuchen, NJ, all my life. I have been married to my wife Patricia since 1977. I am a former newspaper editor and reporter. I was also the owner-operator of my own small business for several years. I wrote various novels and short stories published during 1980s and 1990s. I am a long-time student of judo and Japanese swordsmanship (kenjutsu). I also play chess, basketball, and military and sports simulations. END_OF_DOCUMENT_TOKEN_TO_BE_REPLACED
This entry was posted on Thursday, May 16th, 2019 at 10:55 am and tagged with a message to my readers, bell mountain, bell mountain series by lee duigon, lee duigon blog, reader requests, reader response and posted in bell mountain series, Just for Fun. You can follow any responses to this entry through the RSS 2.0 feed.
« Memory Lane: ‘Jungle Jim’
By Request, ‘I Surrender All’ »

3 responses to “By Request: The Bell (on ‘Bell Mountain’)”