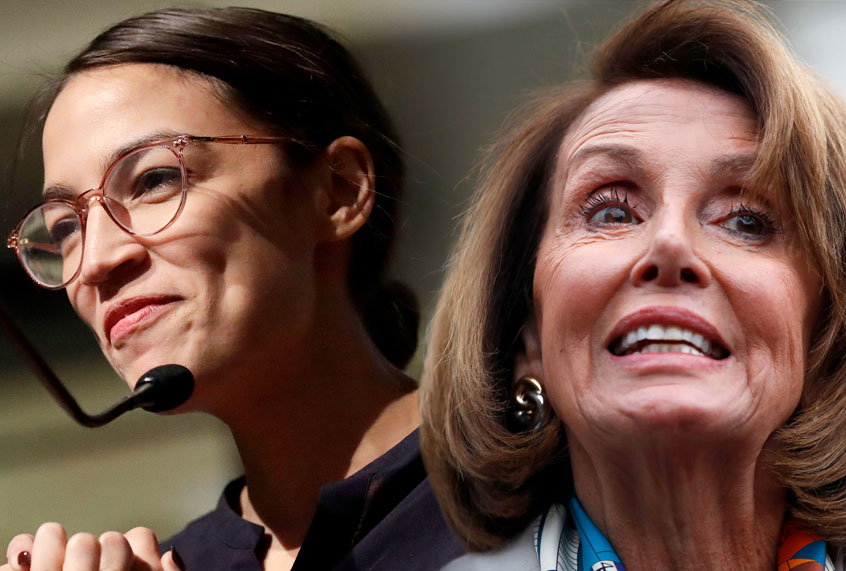 For a good laugh, and a hopeful sign for the survival of our republic, read Matt Vespa’s column on townhall.com today.

Alexandria O-Crazy-O Cortez and her Far Left playmates have whipped out the race card against the Mask of Sanity Democrats, led by Speaker of the House Nancy Pelosi, saying the speaker is “singling out women of color.” Pelosi fires back by saying that in the districts represented by these characters, “a glass of water could’ve been elected to Congress.”

America very badly needs for the Democrat Party to join the Whigs, the Know-Nothings, and the Taiping Rebellion on the dust-heap of history. And maybe, just maybe, this current fracture in the party’s ranks might do it. If the party were to split into two new parties, the Really Far Left Party and the Only A Bit Far Left Party, they might wind up writing each other’s epitaphs.

Then again, this is all bad news to you if you’re really up for colossal gigantic government, open borders, free college for every ninny on the block, transgender, a 70% tax rate, and all the rest of the Democrats’ DeLuxe Fun-Pack.