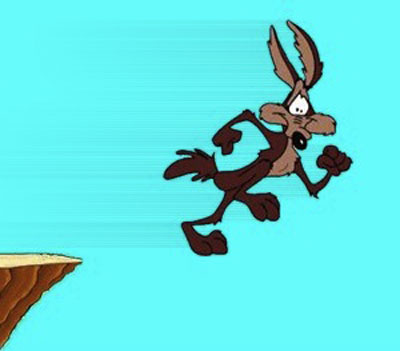 Can we count the ways in which all sorts of people are trying to scare us?

The U.N. is always trying to get normal people in Western countries to eat bugs. I find it rather sinister.

Conservatives want to scare us. Poll shows Beto 99 points ahead of Trump! Fantastic turnout at Elizabeth Warren rally! 17 million illegals set to vote Democrat! Liberals play the same kind of tune to their people, but I won’t get into that because liberals are scary in and of themselves. They’re probably raising funds by telling their people that Trump is 99 points ahead in the Schlabotnik Poll.

I’m so scared, I could actually run off a cliff and not know it till I looked down.

Are all these scare tactics a good thing for our country? I remember Joe Biden telling a black audience, in reference to Milquetoast Mitt Romney and Pitiful Paul Ryan, “They wanna put y’all back in chains!” I hope we are not expected to respect people who believed this. I even dare hope that no one did. I believe in daring big.

What won’t they do to get us to give them money?

We’re nowhere near to finding out.